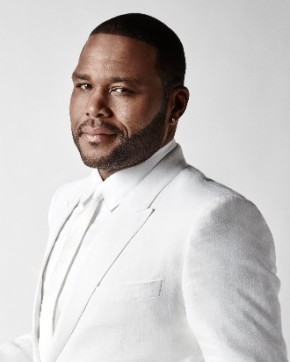 MAMA 2015, sponsored by KwaZulu-Natal in association with Absolut Vodka and in partnership with The City of Durban, takes place on Saturday 18 July at the Durban International Convention Centre, Durban, KwaZulu-Natal, South Africa. For the first time ever, the live telecast will air simultaneously on MTV Base (DStv channel 322), MTV (DStv channel 130) and BET (DStv channel 129).

‘I’m so looking forward to my first trip to Durban and KwaZulu-Natal and honoured to be hosting MAMA 2015 on Nelson Mandela’s birthday – it’s going to be awesome!” said Anthony Anderson,

Fresh from his recent stint as co-host of the BET Awards 2015 in LA,  Anthony Anderson is star and Executive Producer of ABC’s new comedy Black-ish alongside actress Tracee Ellis Ross, while also hosting Food Network’s Carnival Cravings with Anthony Anderson. He is known for leading roles on NBC’s Emmy Award-winning drama Law & Order where he played Detective Kevin Bernard, as well as the shows K-Ville and The Shield. Anderson also brought his talent and humour to the small screen in his semi-biographical sitcom All About the Andersons.

Anderson has appeared in over 20 movies, while his performance on Law & Order earned him his second consecutive NAACP Image Award nomination for “Outstanding Actor in a Drama Series” for the 2008 season. He also displayed his impressive talent in the DreamWorks’ blockbuster Transformers directed by Michael Bay; as well as in Martin Scorsese’s Oscar-winning feature The Departed, alongside Leonardo DiCaprio, Matt Damon and Jack Nicholson. Anderson first gained attention as one of Jim Carrey’s sons in Me, Myself, and Irene, and has subsequently appeared in such films as Scary Movie 3, Barbershop, Kangaroo Jack, Exit Wounds, Cradle 2 the Grave, Two Can Play That Game, and Malibu’s Most Wanted.  A slick and experienced awards show host, in 2013, Anderson hosted the Soul Train Awards.

The MTV Africa Music Awards KwaZulu-Natal 2015 will broadcast live across Africa on MTV Base (DStv channel 322), MTV (DStv channel 130) and BET (DStv channel 129) on Saturday 18 July at 21:00 CAT. The show will also be transmitted worldwide on partner stations and content platforms including BET International from 18 July. In addition, a special MAMA-themed edition of MTV’s acclaimed World Stage franchise will air globally on MTV channels around the world on 27 August 2015.
DStv, Gagasi FM and Yfm are the official media partners of the MTV Africa Music Awards 2015 KwaZulu-Natal.

About MTV
MTV is the world’s premiere youth entertainment brand. With a global reach of nearly 785 million households, MTV is the cultural home of the millennial generation, music fans and artists, and a pioneer in creating innovative programming for young people. MTV reflects and creates pop culture with its award-winning content built around compelling storytelling, music discovery and activism across TV, online and mobile. Outside of the United States, MTV is part of Viacom International Media Networks, a division of Viacom Inc. (NASDAQ: VIAB, VIA), one of the world’s leading creators of programming and content across all platforms.

About KwaZulu-Natal
KwaZulu-Natal Province is South Africa’s leading tourist destination and a magnet for visitors from continental Africa and all points of the globe. Offering a unique blend of sophistication, cultural diversity and excitement in the most breath taking setting imaginable, KwaZulu-Natal is an enticing, spectacular and fascinating consumer and business tourism destination, flanked on one side by the warm Indian Ocean and – on the other – by soaring peaks.

About Pernod Ricard
Pernod Ricard South Africa is one of six African market companies to proudly fly the flag of the Pernod Ricard Group. The French-based Pernod Ricard Group is the world co-leader of the wine and spirits industry, delivering on leading premium brands such as Chivas Regal, Jameson Whiskey, ABSOLUT vodka and G.H.Mumm Champagne.

As the “creators of conviviality” and backed by sound business values and a belief in building lasting relationships, the respected Pernod Ricard tradition continues to be carried forward with vibrancy and passion by the men and women behind Pernod Ricard South Africa.

About Durban
Durban is a natural paradise situated on the East Coast of Africa, popularly known for its gorgeous coastline of sun-kissed beaches and subtropical climate. Durban has recently achieved the global status of being a New 7 Wonders Cities of the World. This achievement is a great honour for the City of Durban and to be positioned amongst other leading global cities of the world, and proudly shows the commitment and competitive edge of our city as a leading Tourism, Events and Business Destination. The City has also been proudly acclaimed the Top 10 Cities to Visit in 2015 by New York Times, with key attributes reflecting on the rich cultural diversity and heritage of the city. The City is a trendsetter in offering great lifestyle, speckled with adventure activities, blessed with natural beauty and is an astonishingly liveable city. As a visitor, you are faced with the perfect ingredients to make your holiday unique and special. We invite you to enjoy this special natural paradise, take advantage of the warm Indian Ocean, enjoy the world-class shopping, fine dining restaurants, unique culture, vibrant eKasi lifestyle and be charmed by the warmest place to be.