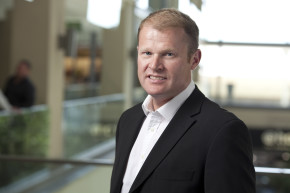 By Michael Wood, founder and director of Aperio, a business consulting company focused on accelerating growth of FMCG brands in South Africa and Sub-Saharan Africa.

The news that Starbucks will be entering South Africa is a positive one; after all the Starbucks brand is known to be a quality coffee brand.  Will the global brand be able to achieve sustainable success locally?  SA’s coffee culture is still in its infancy and competition will surely blast Starbucks from all sides…it’s not going to be easy to achieve long term success.

Look at what happened when Starbucks entered the highly competitive coffee culture in Australia. The strong coffee culture may have accounted for Starbucks losing money in the early years after it opened. Starbucks opened its first store in 2000, it then opened a further 84 outlet before having to close 60 of them because they didn’t make money. This was mainly due to the consumer preference for local and genuine Australian products versus the coffee menu of Starbucks. Australia has over 10’000 coffee shops and Starbucks had competition that offered a similar product of equal or better quality and in addition they had to contend with Australians preference for local products. Starbucks took it on the chin and adopted the Australian coffee culture they even exported it! The  “Flat White” steamed milk over two shots of expresso is Starbucks Antipodean addition to their American menu. 1

The South African coffee culture is in its infancy compared to countries like Australia, Italy and the US, however it is growing as consumers become more open to buying and trying out different coffee beans and their tastes have become more discerning as they experience better quality coffees. Consumers are also purchasing more coffee grinders and coffee-making machines for use at home, look at recent success of premium coffee’s like Nespresso, indicating that a coffee culture is in fact slowly brewing.

Because the coffee culture is less developed in South Africa and we are a nation that is open to trial and new experiences, with the wide range of options on the Starbucks menu including personalizing your own coffee, local consumers may be more acceptable of the coffee brand than the Australians.

A coffee culture is about a social ritual – a social experience – leaving the office to socialize with great coffee served up with some business on the side or meeting friends and catching up over a café latte.  Just good coffee isn’t enough, successful coffee shops have to create a total social experience based on attractive and inviting environments, innovative products and the highest quality service.

While Starbucks’s strategy of providing premium coffee that is convenient, with a strong personal service flavor sprinkled with the “Starbucks” experience may work elsewhere, will it be enough for South African growth?

Starbucks entry into South Africa is a good thing for consumers, competition raises the bar and ultimately all consumes benefit and if you don’t like the coffee, Starbucks makes great milkshakes!

Michael Wood is co-founder and Director of Aperio, a business consulting company focused on the FMCG space in South and Sub Saharan Africa. Michael has many years international experience where he held the positions of Marketing Director, Sales Director & Managing Director with the Gillette company and Procter & Gamble.

Michael is an accomplished business professional with highly successful General Management experience in multi-national & multi-cultural environments in Western Europe, Russia & Africa. He has lived and worked in UK, France, Belgium, Russia and South Africa. He has a reputation for building strong teams, organisations and delivering results in challenging environments.

Michael started his career with the luxury pen company Waterman based in France as an area export manager responsible for Middle East, Eastern Europe and world-wide duty free. In 1994 the Gillette Company appointed Michael to start Gillette’s business in the Former Soviet Union Republics, moving to Moscow in the early 90’s was challenging but immensely rewarding both professionally and personally.

Procter & Gamble acquired Gillette in 2006; Michael remained with P&G to strengthen his marketing skills and was initially appointed as Marketing Director, P&G Fabric & Home Care Global Business Unit in Brussels, where he oversaw the growth of the fabric care brands into Africa. He was then appointed as Marketing Director, South East Africa (based in Johannesburg), with a mandate to develop new businesses in Africa. He was responsible for the P&G Paper business – Pampers & Always across South East Africa – and also for developing P&G’s fabric care business in the region.

In 2009 Michael left P&G to set up Aperio and has never looked back. Aperio continues to grow from strength-to-strength and he heads up a team of 30 highly capable, multi-functional consultants with significant multi-national FMCG experience in South Africa and Sub Saharan Africa.