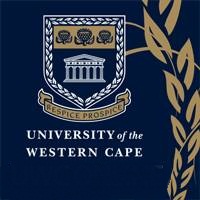 The Science Learning Centre for Africa at the University of the Western Cape (UWC-SLCA) has scheduled a series of science enhancement events to promote National Science Week (NSW).

From 3 August to 7 August 2015, UWC-SLCA will conduct a science road show in the Southern Cape (Plettenberg Bay, Knysna, George and Mossel Bay area) to promote science as an important discipline for learners to follow and to encourage schools to develop science clubs and science-related activities for learners and teachers. The UWC-SLCA team will visit a total of 15 schools in the Southern Cape where a series of science experiments, exhibitions and science related activities will be held with learners. Teachers will be encouraged to establish science clubs at their schools and will be provided with the necessary resources to kick-start science activities.

The National Science Week theme for this year is “The International Year of Light and Light-based Technologies” and therefore most of the science activities will be geared to promote this theme.

National Science Week (NSW), an initiative of the Department of Science and Technology (DST) is a countrywide celebration of science involving various stakeholders and role players in science. NSW is conducted in all nine provinces simultaneously at multiple sites per province. In addition to promoting science, engineering and technology to various sections of the population, NSW is intended to expose learners, educators, parents and the public to science careers, opportunities and events particularly in disadvantaged sections of the population.