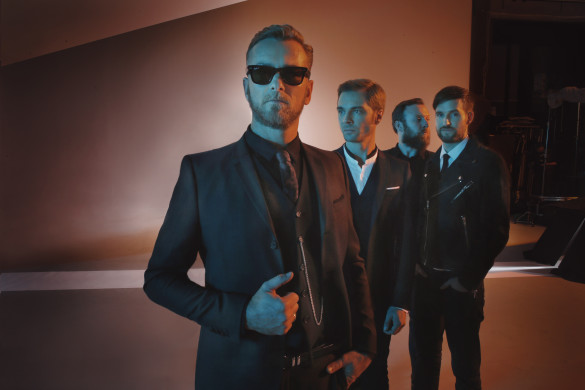 FREE DOWNLOAD OF THEIR ALBUM “ANIMAL” FOR FANS IN SA!

“Animal” is also streaming exclusively on Deezer South Africa for the next two weeks: http://www.deezer.com/album/10903774

UK rock band Livingston will be coming to South Africa in August 2015. Their tour will kick off at Oppikoppi The Fantastic Mr Vos Vos and national show dates include the following:

The band will also spend time on a farm in Newcastle in Natal to write and record their next album.

Livingston released Animal in the UK, Benelux and GSA in Autumn 2014, followed by successful tour where the band displayed their best and most dynamic live shows to date. Listen to the single “Chemicals” off the album (submitted to SA Radio in June 2015) here: https://soundcloud.com/livingstonmusic/livingston-chemicals-radio-edit

An album of complexity, an intricate weaving of layers that crosses multiple genres… Beukes… ability to convey feelings through his singing is possibly the highlight of the album. 9/10” – Powerplay

“Livingston have further expanded their brooding alt-rock sound… wild-eyed and hungry for more… that’s surely the biggest proof of all that they’ve been away too long. 8/10” – TeamRock

Vocalist Beukes Willemse says that the band is looking forward to their time in South Africa: “We are absolutely ecstatic to be touring SA. It has been a dream for so long that it seems quite unreal that it is actually happening. Cant wait!”

Livingston`s single :Chemicals” is playing on campus radio stations nationwide and is currenty no 6 on Tuks Fm`s Top 30.