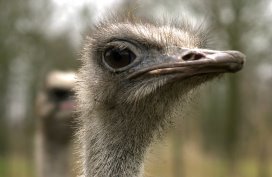 The European Union has lifted a four-year ban on the import of fresh ostrich meat from South Africa which was put in place following an outbreak of H5N2 avian flu.

The industry has recovered slightly with the export of processed or pre-heated meat.

“Resuming exports to the EU will play an important role in increasing the number of jobs in this industry, which currently employs over 50,000 residents,” said Alan Winde, minister of economic development in the Western Cape provincial government.

Around 10,000 ostriches were culled in the Klein Karoo and southern Cape regions in 2011, where the industry is concentrated, after diseased birds were detected in the area.

Francois de Wet, chairman of the South African Ostrich Business Chamber, said after the outbreak four years ago, the country improved its biosecurity measures, such as chlorinating water and restricting movement of the birds.

It is expected that fresh meat exports to the EU will resume after August 26.