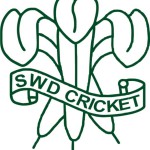 South Western Districts Cricket has confirmed the dates and venue’s for their planned Scorers and Umpires training in preparation for the 2015/16 season.  Qualified umpires and scorers can earn themselves an income when allocated for official fixtures.   These training sessions are free of charge.

Two international umpires – Shaun George and Adrian Holdstock – will present training to new and current umpires at the SWD Sport Academy in Oudtshoorn over the weekend 29 and 30 August.