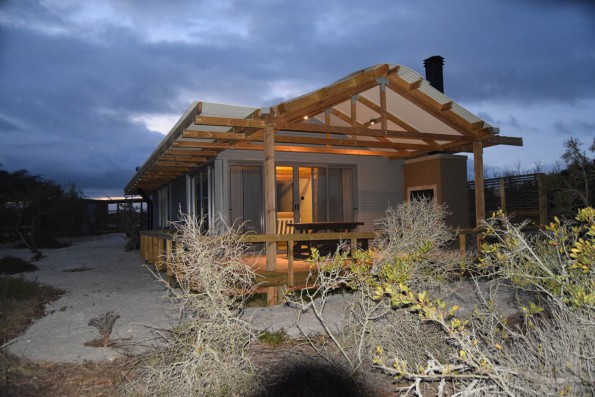 A haven to a multitude of bird species, the reserve now boasts four new accommodation units which sleep up to five people each, a new bird hide, upgraded picnicking facilities and an extensive network of boardwalks suitable for wheelchair access.

Says CapeNature CEO, Dr Razeena Omar: “One of our strategic goals is to ensure better access to our province’s unique and cultural heritage for all. With this in mind we have invested heavily in upgrading Rocherpan’s tourism offering while also catering for those living with disabilities.

“Together with these upgrades and new units, Rocherpan can now compete as one of the top eco-tourism destinations on the West Coast.”

Western Cape Minister of Environmental Affairs and Development Planning, Mr Anton Bredell, says the upgrades at Rocherpan are a welcome addition to CapeNature’s portfolio of top-class destinations in the Western Cape.

“The West Coast has become a tourism priority for the province and enjoys huge popularity amongst tourists and locals. CapeNature has been doing great work upgrading and improving facilities at its reserves. Just earlier this year I was privileged to launch the refurbished Bird Island project in Lambert’s Bay which has also been well received by the local community and the tourism sector at large.  The investments are paying dividends already. Visitor numbers to CapeNature’s nature reserves have increased by 39% compared to the previous financial year. That is a sound endorsement of what we’re trying to do.”

Following the first phase of development in 2012 when four two-sleeper cottages were opened, CapeNature invested R9.8million into upgrading the facilities and building four new larger cottages at Rocherpan.

Named after birds which are seen regularly at the reserve, the new four-sleeper cottages – coot, moorhen, egret and shoveler – overlook the pan and make a brilliant holiday escape for bird lovers. Up to 183 species of birds have been recorded at the reserve, which is home to arguably one of the largest populations of Cape shoveler.

In addition to bird watching, visitors can also enjoy hiking, mountain biking, whale watching and swimming in the freedom of a private beach.

Rocherpan is a coastal nature reserve teeming with birds and colourful wildflowers. The reserve, which lies 25km north of Velddrif on the Cape West Coast, consists largely of a seasonal pan that is usually dry between March and June. Rocherpan was established as a nature reserve (930 hectares in size) in 1966, and the adjacent section of the Atlantic Ocean was declared a marine reserve in 1988 (150 hectares in size).