Residents of Mossel Bay and surrounds are invited to “bring your bling” and celebrate the official arrival of spring on September 1 with a dip in the sea at Santos beach. 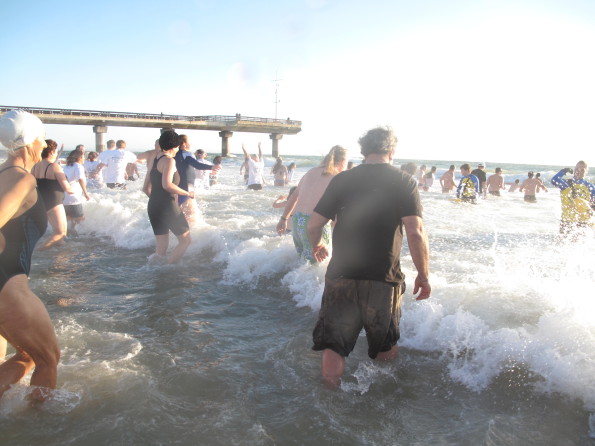 Jacques Arendt, presenter of the Algoa FM Garden Route drive-time show on weekday afternoons has promised to be the first in the water.

The dip will start promptly at 07h20 in the morning, but everyone can gather at the beach from as early as 06h30.

Life guards will be on duty.

The Spring Day dip was started by Algoa FM in 2014, and the response was such that it was decided to make it an annual event, says Adams.

Blinged out and colourful swimmers will be taking to the waters of the Indian Ocean at Hobie Beach in Port Elizabeth and Nahoon Beach in East London at the same time.

“We invite as many people to participate in the festivities,” says Adams.