The national mini cricket strategy as well as the provincial mini cricket plan was presented at the seminar with the theme:  “In pursuit of Excellence”.  The activation program, which is the responsibility of Playmakers, was illustrated by Brian Radebe.

A very emotional motivational theme was conducted by the local kick boxing coach Ranger Grebe in conjunction with Lani Lombard.

According to Gary Moos, the SWD Mini Cricket coordinator, one-hundred-and-fifty-three schools in the province are participating the KFC Mini Cricket program with 5,574 players – of which 1,410 are girls.  The majority of the coaches – 381 – are female with 124 male coaches in the program. 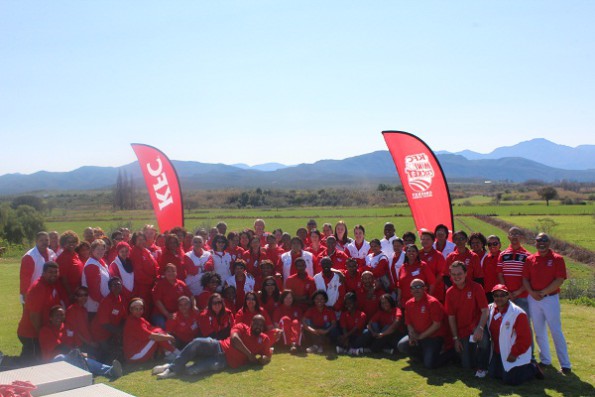