In April 2014, the Mantis Group marketing director, Paul Gardiner, had an informal meeting with renowned Vietnamese pop star, Thu Minh. This encounter led to Mantis and the Wilderness Foundation persuading her and fellow pop star, Thanh Bui, to become ambassadors of the rhino cause in South Africa. 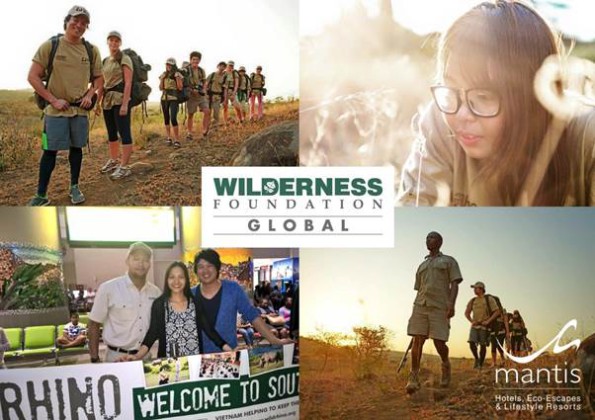 Vietnam remains the largest consumer of rhino horn in the Far East – the horns are used as ornaments or for medicinal uses which include cures for hangovers and even illnesses as extreme as cancer. South Africa is losing up to three rhinos a day to greedy poachers and the war on Africa’s wildlife has gotten out of control.

The meeting with Thu Minh in 2014, led to the Wilderness Foundation’s initiation of a rhino education programme with various schools across the Vietnamese countryside. Many of these schools’ learners have been selected to travel to South Africa and the foundation takes them into the underworld of poaching, teaching them the value of wilderness and the importance of wildlife to society. The aim is to plant positive seeds into the minds of the children who will return to their homes as ambassadors for the rhino – and the environment in general. This short video clip highlights the incredible work the foundation is doing, to help fight the war on poaching: https://www.youtube.com/watch?v=3l5ph6VU9Uw

Mantis and the Wilderness Foundation have pioneered a further campaign called Hotel Rhino.

On the final night of a guest’s stay at a Mantis hotel, housekeeping places a soft rhino on the pillow of each guest’s bed, with a letter from the rhino explaining what is happening to his fellow rhinos. Guests are urged to adopt the toy rhino, with a small donation which is added to their bill upon check-out the following morning. “The campaign is creating awareness of the plight of the rhino, as well as raising a substantial funds for Wilderness Foundation,” explains Gardiner.

Wilderness Foundation is now extending the invitation to other hotel groups across the globe, to take up the baton and adopt the Hotel Rhino cause at their respective hotels.

“Without Africa’s wildlife our tourism industry is doomed! Right now Mantis is doing all it can to get behind the rhino cause with the Wilderness Foundation. I am so pleased that this by-chance meeting with Thu Minh and her husband, Otto, has led to this schools’ programme with Vietnam – it’s a slow burn, but we’ll get there in the end”, continues Gardiner. “Mantis is an acronym: Man And Nature Together Is Sustainable, and this is something the whole team at Mantis aspires to”.