Pre-order on iTunes now! Karen Zoid has been at the top of the iTunes SA charts weekly since the second series of Republiek van Zoid Afrika kicked off on kykNET on Thursday 2 July. To date, she has reached 10 number one positions on the charts, each week with a different song and artist as collaborated with on her weekly show. This is an unparalleled achievement in the SA Music Industry. Karen has made iTunes history! Good news is that the Republiek van Zoid Afrika Vol 2 CD and DVD will be released in September. Pre- orders for the album can now be placed with iTunes and both the CD and DVD will be available in stores nationwide from 20 September. iTunes`s official release date is 17 September. The official iTunes release date is 17 September. 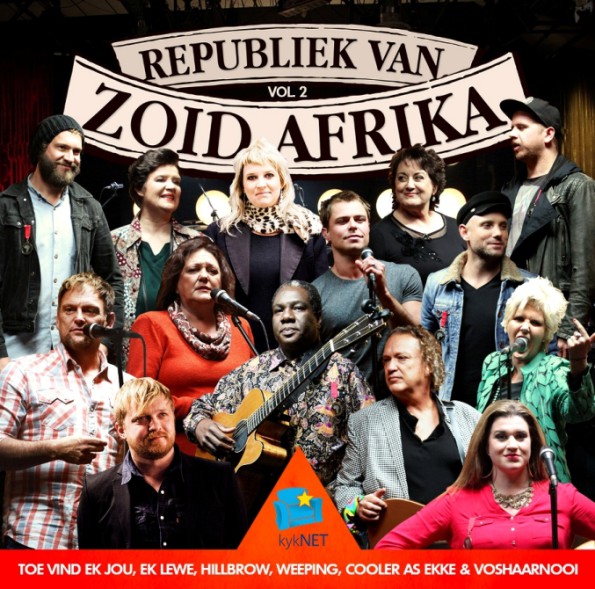 Republiek van Zoid Afrika (series 2) is currently being broadcast on kykNET on Thursdays at 20h30. Karen’s poignant questions and good sense of humor has made the show an immediate hit since the first series aired in 2014. The fact that she knows most of her guests very well, gives the show an intimate and spontaneous feeling. Each episode ends with a performance by Karen, together with her musical guest of that particular episode. Viewers can download these songs instantly from iTunes after the performance. The last episode of the current series will be broadcast on 24 September. kykNET has already announced a third series, which is scheduled to be on aired in January 2016.