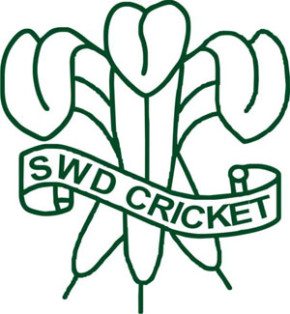 FREE STATE got their campaign in Pool D of the Africa T20 Cup off to the perfect start at the Mangaung Oval on Friday evening when they beat Canon South Western Districts by 7 wickets with 29 balls to spare.

The margin of victory also earned them a bonus point which could be critical in deciding the outcome of the pool. The other two sides in this group are Gauteng and Kenya.

SWD’s only chance of winning, having only set a target of 130, was to use their Protea new ball pair of Vernon Philander and Mthokozisi Shezi to make a major early breakthrough but it was not to be.  Philander started with a maiden over and, although his second over cost 9 runs, 8 of these came from nicks either over or wide of the two slip fielders.

Michael Erlank and Andries Gous shared an opening partnership of 55 in 7.2 overs, reducing the major interest in the outcome as to whether the hosts could win within 16 overs to achieve the bonus point. This they achieved with 5 balls to spare.

Their captain, Patrick Botha, completed a fine all-round match by scoring 26 off 17 balls with 4 fours and a six to make the bonus point a virtual certainty and, although he was unnecessarily run out, it made no difference to the final outcome.

Earlier in the match SWD, after being sent into bat, looked well on their way to posting a challenging total in the region of 160 or even more during the third wicket partnership of 69 in 7.5 overs between Waldo Lategan (43 off 34 balls, 5 fours and a six) and Sybrand Engelbrecht (32 off 28 balls, 2 fours) but the innings then imploded dramatically in the last 6 overs when 6 wickets fell for 12 runs in the space of 23 deliveries.

Botha, bowling off-breaks, made the decisive breakthrough when he had Lategan caught behind the wicket by Gous, and thereafter there was a constant procession to and from the pavilion with the highest partnership for the remainder of the innings being 7.

Free State used 5 different bowlers in the last six overs and 8 bowlers in total and this tactic of regular bowling changes paid handsome dividends. The lanky left-arm seamer, Romano Terblanche took 3 wickets for 1 run in 5 balls of the 19th over and that ruled out any chance of a late fightback.

SWD closed on a very modest 129/8 with Terblanche (4/21) and Botha (2/16 in 3 overs) doing most of the damage. Mention must also be made of Malusi Siboto who led the attack with an equally impressive 1/12 that included a maiden over.

Gous, who only started keeping wicket for Free State towards the end of last season, was excellent behind the stumps, picking up four catches, one of which to dismiss Lategan was a particularly good effort.

Play starts at 9h30 on Saturday morning with the fixture between SWD and Gauteng.