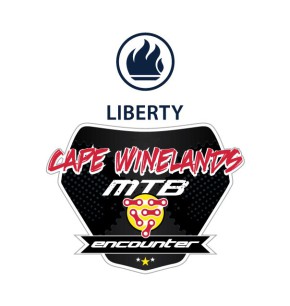 Mountain bikers who thought they had missed their chance to ride South Africa’s most beautiful race, the Liberty Cape Winelands MTB Encounter, have another chance to enter thanks to an added investment from the title sponsor.

Co-organiser Wynand de Villiers of ASG Events confirmed that Liberty had increased its commitment for the second edition of the three-stage race, which takes place from April 15 to 17 next year.

The 180km event showcases the finest Western Cape mountain biking terrain as it traverses the beautiful Boland mountains, valleys and vineyards between the historic towns of Stellenbosch, Franschhoek, Paarl and Wellington.

According to De Villiers, the enlarged sponsorship had enabled organisers to expand the hosting capacity of each of the registration and race venues, which include the Lanzerac Hotel, Le Franschhoek Hotel and Kleinevalleij Estate.

“We can now comfortably accommodate 300 teams at the event, which means we are re-opening our entry portal and making a further hundred team entries available.”

He said entries would close once the additional slots had been filled.

His fellow organiser, Johan Kriegler of MTB Adventures, added that his route building teams were already hard at work perfecting the trails ahead of the event.

“In the Boland, we’ve got the mountains, awesome fynbos and fauna, great trails and stunning venues that all complement one another.

“It’s a perfect fit and not something you’re going to find anywhere else in South Africa.”

Kriegler, who is also the founder of some of the most popular multistage mountain biking events in the country, said the secret of a great race was to strive for an unequalled mix of trails, view and venues.

“Life is all about doing everything in balance. Most riders want a great time on the bike, exploring nature, having a good workout and still getting back to the race village by lunchtime to swap war stories.”

He said the daily stages would be a manageable 55km to 70km, with climbs not exceeding 1 500m.

“We’re cutting out all the unnecessary climbs and building contour trails to create spectacular vistas with maximum impact.

“You want to build a trail where the scenery surprises you. Where a tunnel through dense vegetation suddenly opens up, or a winding trail turns another corner, and delivers a breath-taking view.”

While some of the trails would be open to the public, Kriegler said the key linking sections would be exclusively used by the race.

The Liberty Cape Winelands Encouner is presented by ASG Events and MTB Adventures and 2016 will see the second edition of the event.

The three-day stage race, which takes place from 15-17 April 2016, will afford our participants, with a passion for the sport, the experience of a lifetime. It is an encounter where riders are treated as VIP’s and where they are offered world-class hospitality at 5 Star venues for an entry fee of R9000 per team of two.

Riders are only allowed to enter in teams of two.

The Cape Winelands offers some of the best mountain-biking terrain in the world; surrounded by beautiful mountains and historical towns, vineyards, orchards, wineries, luxury accommodation and the finest culinary experiences money can buy.

Finish Stage 2 on 16 April and Start and Finish Stage 3 on 17 April at Klein Valleij outside Wellington.

Entry Package: R9000 @ team (incl. VAT) of two and include all meals, but exclude accommodation

Entries Close: When entry cap has been reached, new team entries will then be waitlisted