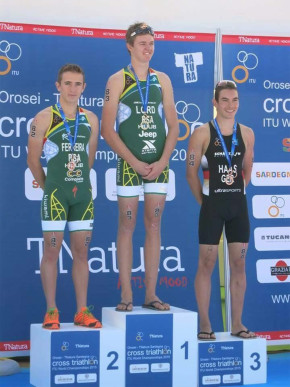 It was not all smooth sailing for Lord as he finished the 750m swim leg in fourth position. Back on solid ground, Lord’s cycling speed and strength saw him tough out the muddy and sandy 16km MTB track in first position in 00:41.54, nearly two minutes ahead of Ferreira in second. Lord then completed the 6.4km run in sixth position (00:26.21), with his strong performance in the MTB securing the Jeep Team athlete’s Junior World title.

Said Lord, “It feels wonderful to be crowned the Junior World Champion. Last year I won Silver here, so to better that result in 2015 is an amazing achievement and a high point of my career. It was such a fun race. Usually on downhills it helps to be loose on the bike, but here my legs were so tired that I just kind of flopped around into ruts and lines that I never thought I could ride, until now. A massive thank you to everyone who has supported me – my family, my friends and my sponsors.” 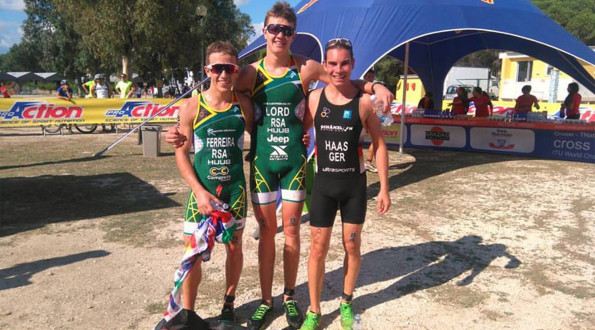