With three highly successful pop singles playing on South African radio, you must have heard her music before. 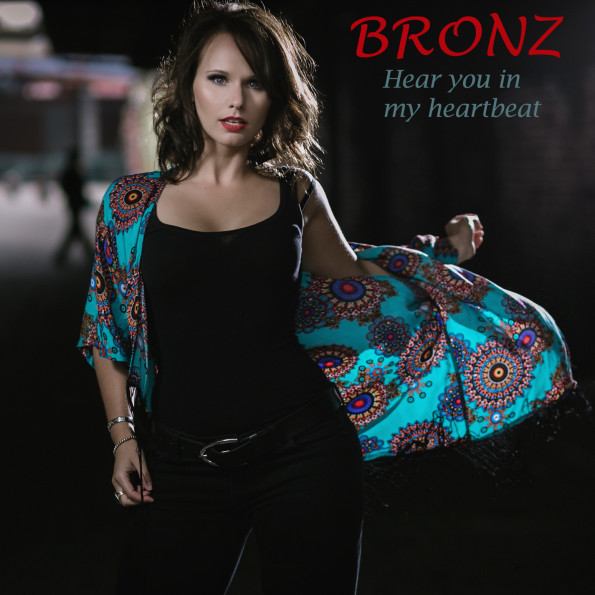 Bronz is a Pietermaritzburg-born singer who grew up in Cape Town and currently resides in Glen Marais, Kempton Park.  The talent for her vocal tone and range was discovered and nurtured from a very young age.  She lived, worked and studied in the UK for three years and today she stands a tall strong woman with an incredible gift – a gift that she wishes to share with all.  Her music speaks for itself, but at heart and at home Bronz is all about maintaining strong relationships and bonds with those close to her.  Her classic and contemporary style is certainly no façade – as she always maintains a classy, yet sexy appeal.

To date Bronz has had three successful singles widely play-listed on the most influential AC radio stations around South Africa, including Highveld, KFM, Jacaranda FM and East Coast Radio. Her debut single released in November 2012, titled I Gotta, written and produced by well known SA producer Mark Beling was an excellent introduction to the music world.  In June 2013, Bronz’ second single release was equally as well received, and Feels So Good did well to maintain the momentum that had begun. By the time her third single Never Give Up released in November 2013 the radio and media around South Africa were sitting up and taking notice of this incredible and influential young local lady.

Never Give up continued to dominate radio charts till April 2014, hitting the #1 on the East Rand Stereo charts and the Top 3 on the IFM Top 30 chart for 4 consecutive weeks running.

During October 2015, her fourth single, Hear you in my heartbeat, was released to radio stations nationwide and the response has been overwhelming!  “The song has a simple, catchy chorus enclosed by meaningful lyrics and tells the story about someone special in your life who is not always there, but always with you.  It is that yearning for someone who has made an impact in your life and that is where they are meant to be.  The concept and idea of the song are very personal and about my now fiancé”, says Bronz.  The song was co-written by Bronz, Mark Beling and Debbi (Little Sister).

She is an inspiration through her voice and her music, and aims to inspire the youth of South Africa to reach their full potential.  A keen animal lover, Bronz has no fear when it comes to rolling up her sleeves and getting stuck in at local animal shelters and rehabilitations centres, and urges others to do the same.

It is her aim to reach as many people through her music as possible. “Music is, after all, the international language,” says Bronz.  “It breaks communication barriers. My music is all about the lyrics, and telling my personal stories through song, and I think many young girls can relate to me.”

For exclusive content and to find out more about the latest Bronz news, be sure to check out her website – www.bronzofficial.com.