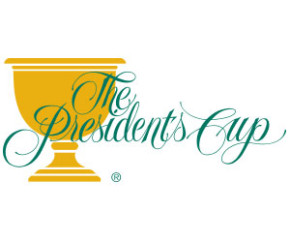 “We’re great mates and we come from a similar place back home,” Grace said. “We play a lot of golf together, so we know each other’s game really well. It’s just a great team effort.”

After winning three of the first four holes, the Internationals seemed ready to steamroll the Americans, but Watson and Holmes fought back with birdies at the fifth and sixth holes. A Watson birdie at the par-3 13th squared the match, but then Grace hit the decisive shot, chipping in for birdie at the par-4 16th to win the hole.

Grace then put the capper on a brilliant performance by knocking his approach at the par-5 18th to within 3 feet to match Watson’s similar shot for a tap-in birdie to halve the hole.

“I wasn’t sharp this afternoon,” Oosthuizen said. “I had a few good shots but Branden was unbelievable. He started with three birdies in a row that got us going. I think we were about 10- or 11-under the two of us. He played great, just hats off to him today.”