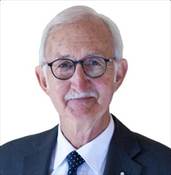 The ANC is clearly in a quandary about the incompetence of political incumbents in the provinces that it controls and to hide this it wants to gain control over the only province which it does not control, the Western Cape, Mr. André Fourie, FF Plus councillor of the City of Cape Town says.

Mr. Fourie says there have already been suggestions from Luthuli House that the provincial borders have to be reviewed before Mr. Marius Fransman had now said at the Western Cape ANC’s Congress that provinces should be scrapped.

“During negotiations for the new constitution between 1992 and 1996 it had been the viewpoint of the ANC that they preferred a central government with wall-to-wall municipalities and metro’s for the larger centres as they did not want provinces.

“At the time the department of regional and land affairs proposed a concept of five provinces, but following on the insistence of a National Party minister for an additional province for the Northern Cape, the ANC demanded a province for the Eastern Cape and it thus eventually became nine provinces.

“Because the ANC did not get its way for having no provinces at all, the provinces then on its insistence were awarded a minimum of powers and authority. An example of this is safety and security where provinces only have an oversight role and may not give any orders to the police.

“Provinces also receive budget amounts from the central government according to a specific formula which impacts negatively on the Western Cape.

“Instead of scrapping provinces, residents in the Western Cape should stand together to insist on greater autonomy in the form of full powers and authority so that the province can take decisions about its own affairs.

“The white and brown minority groups in South Africa have the upper hand in the Western Cape and the black majority obviously does not like it, together with individuals such as Marius Fransman.

“The Western Cape makes a massive contribution to the central budgets and should simply just ask for that amount by way of transfer. One can only imagine the confidence the province would instill for job-creating capital inflows.

“In the rest of the country the ANC should sharpen its planning, management, maintenance and government administration in the central government and for provinces under its control, which they apparently do not succeed in doing. The ANC’s comments after 1994 that it is ready to govern, simply never materialised,” Mr. Fourie says.