Those that have already attended Missing at the Joburg Theatre (20 October – 8 November), would have already witnessed the change in Chester Missing. He now has blue eyes and blonde hair…  And here’s why… 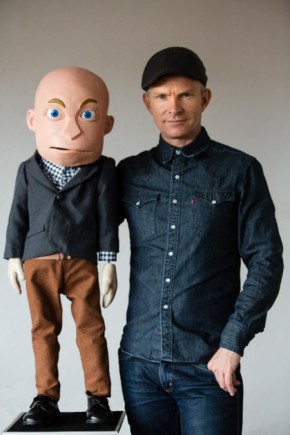 Chester Missing recently set out on a quest to find himself and he was adamant about revealing the truth.  “I have decided to become white again because I have had enough of Conrad riding on my career,” says Chester.

In response, Koch says, “I asked him not to change race because our whole concept is based on him being a puppet of colour speaking back to my white privilege.  I’m shocked by the lack of gratitude shown to me by Chester for all the years I have stood by his side as he’s built his career.”

In his hilarious new show, Missing, Chester Missing, accompanied by his faithful sidekick, Conrad Koch, attempt to answer questions like Where are we going?  Who are we?  Will Jacob Zuma pay back the money?  Why is there a white guy keeping him in a suitcase?  Will Chester find himself or will he stay missing?

Conrad also brings on stage two other hilarious puppets in the form of Ronnie, the no-holds-barred monster and Charles Hilary, the ostrich life coach and mentor.

Ironically, Chester has gone missing on two different occasions this year – the first from a flight from Tanzania in May and the most recent on a connecting flight from France after the Just For Laughs Comedy Festival in Montreal.

Brought to life by Conrad Koch, this revolutionary dummy is well known for his often outrageous, punch-packing, funny and frank views on the current South African state of affairs.

Conrad Koch is one of South Africa’s most in demand comedy talents. He and Chester are members of the twice International EMMY nominated LNN team and Chester was one of New African Magazine’s Most Influential Africans for 2014. 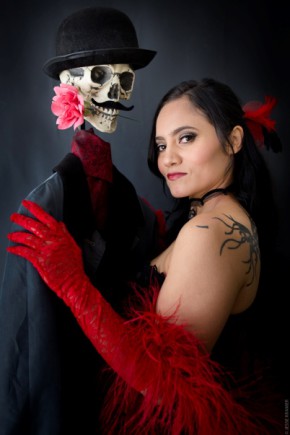 The opening act is a cabaret act unlike anything you have ever seen.  The one and only Gigi La Chanteuse (Ghia /human) is a tour de force of comic and musical mischief.  Gigi is a 19th century cabaret artist and who has hilariously preserved her deceased lover, Louis, a mannequin who she brings on stage as an assistant.  Ghia brings both Gigi and Louis to life in a musical comedic cabaret that will leave you cheering for more.

You can catch Chester Missing try find the answers at the Joburg Theatre until the 8th of November.  Tickets are available through Computicket.