Good news for street soccer fans – Smirnoff Raga Bolo is back and bigger than ever before. From November, Smirnoff kicks things up a gear by bringing its soccer championship back to the streets of Mzansi, for the first time since 2011. Raga Bolo is a five-a-side street soccer championship played by predominantly tavern teams around the country. With roads as the pitches and streetlights as the stadium, it’s the sporting tournament of the year for local communities nationwide. 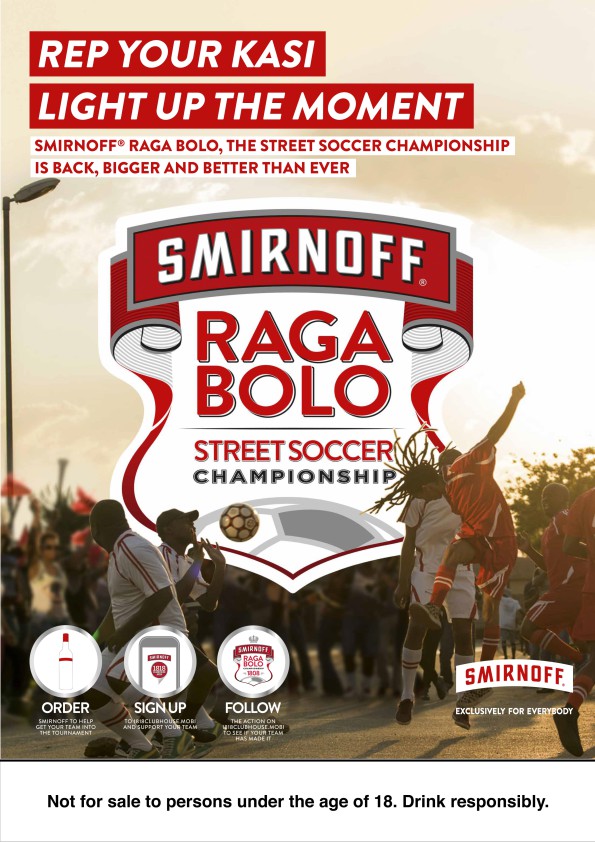 Kyle Lesch, Brand Manager of Smirnoff 1818, says “We are very excited to bring Raga Bolo back. Just like Smirnoff, street soccer is exclusively for everyone. This is your chance to “Rep Your Kasi” and “Light Up the Moment!”

In order to become a Raga Bolo participating team, taverns in specified areas will need to achieve set criteria over the qualifying period. There will be two qualifying periods, and so two opportunities for taverns to get into Raga Bolo. There are limited places available – only 136 teams across the country will enter the championship – so support your local outlet and ensure that they are one of them!

The games kick off in February 2016, culminating in the finals in June 2016. So keep your eyes peeled, your support strong and your local pride high.

To find out more about Smirnoff Raga Bolo sign-up to 1818clubhouse.mobi

Smirnoff. Light up the moment. Not for Sale to Persons under the Age of 18.  Enjoy Responsibly.