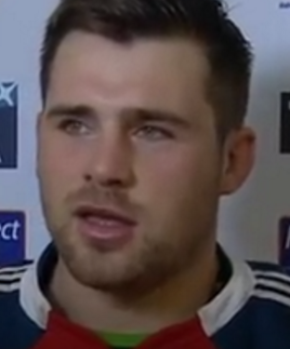 Munster number eight, CJ Stander, was sensational as Munster beat Edinburgh in Murrayfield. Stander, who recently qualified to play for Ireland, led by example as he blocked down an Sam Hidalgo-Clyne’s attempted drop goal.

Munster were two points clear and attacking the Edinburgh line as the clock ticked toward the 80th minute. However Damien Hoyland intercepted a wayward pass and began an attack that brought the Scottish side within yards of the Munster line.

With Edinburgh unable to force their way over, they turned to Hidalgo-Clyne to kick a match winning drop goal. However Stander sprinted out blocking down the kick and then forced a knock on.