From a South African farm to captaining Munster: The rise of CJ Stander.

BROTHERS. WE ARE brothers on this field.

Those words have never been far from CJ Stander’s lips. The 25-year-old is likely to look around a huddle of Munstermen on Saturday in Thomond Park and call on the sentiment once again, very much believing that his teammates are family.

For those in South Africa who knew CJ Stander in the earliest stages of his rugby career, it came as no surprise to learn that he had been installed as Munster captain in the absence of the injured Peter O’Mahony.

The George native was a captain throughout his youth, from his school days at Oakdale Agricultural to the South Africa U20s side and the Blue Bulls’ Vodacom Cup outfit. Some educated rugby folk even felt that he was a future Springbok captain.

South Africa’s loss looks certain to be Ireland’s gain in 2016.

Stander first played rugby at Blanco Primary School on the outskirts of George, a city of under 200,000 people in South Africa’s Western Cape province. Initially an out-half, the youngster shifted to number eight when he arrived at Oakdale at the age of 14.

Malan du Plessis was the 1st XV coach at the high school – he remains in situ at Oakdale – meaning he had to wait until Stander was 18 before working directly with him. He always knew there was something different about Christiaan Johannes Stander.

First impressions last and what I experienced was a schoolboy player with a passion for the game and his team,” says du Plessis, who was a semi-pro in his own playing days. “CJ had a will to learn and live his dreams between the four lines of the pitch.

“He was a quality player with great values in life that stood out. He was a great leader and he was even headboy of the school.”

At that point, Stander already had the 2007 Craven Week under his belt with the South Western Districts (his provincial side), despite being a year young for the prestigious schoolboy competition at which so many future Springboks announced themselves as stars.

Stander’s impressive performances earned him the captaincy of the South Africa Schools Academy team (essentially the national schools ‘B’ side) the same year.

Fast forward to 2008 and Stander was captaining SWD to their second Craven Week title ever, his excellence at number eight helping the team to a final victory over a strong Free State side.

The reward this time? Captaincy of the full SA Schools team, one that also included Pat Lambie, Siya Kolisi and Elton Jantjies.

“CJ knew that to be a quality player takes hard work and self discipline,” says du Plessis, who will watch on with pride if Stander does make his debut for Ireland in the near future.

Oakdale, which is among the top 30 or 40 rugby schools in South Africa, has produced Springboks Johann Muller, Pedrie Wannenburg (both formerly of Ulster) and Meyer Bosman in the past.

We are very proud of all our old boys like CJ and Johann,” says du Plessis. “They are all ambassadors for the school and it doesn’t matter which country they play for. It’s our job and responsibility to contribute to each player’s development.”

Two of the other key figures in the development of Stander were his parents Jannie and Amanda, who reared CJ and younger brother Janneman on their dairy and vegetable farm in Grootboom, very close to George.

“He has a very supportive family,” says du Plessis. “They know how to work hard to have food on the table. I remember he asked his father one morning if he could go to the gym, it was when he was around 16 or 17 years old.

“His dad told him that if he needs a workout he will sort one out for him. He did farm work for that whole day. I think that was the last time he asked to go to the gym in town.”

CJ wasn’t the only one to benefit from his family’s appetite for hard work. 22-year-old Janneman is also a talented rugby player and plays in the back row too.

The younger Stander brother joined the academy of the Johannesburg-based Golden Lions after graduating from Oakdale, appearing in the Vodacom Cup before a move back to George to rejoin the SWD Eagles in 2014.

With Currie Cup experience now under his belt, Janneman will continue to work as hard as his older brother to achieve his own rugby dreams.

The sporting family ties are not limited to Stander’s own bloodline. His wife Jean-Marié is a high-quality swimmer whose brother, Ryk Neethling, was a gold medallist in the pool at the 2004 Olympic Games.

Stander’s rise continued to be meteoric after leaving school, with the famous Blue Bulls franchise luring him away to Pretoria with a contract offer. In 2009 – again a year young for the level – Stander was at number eight for the South Africa U20s, scoring two tries as the Baby Boks finished third in Japan.

Once again, the captaincy followed a year later. Stander was excellent in the eight jersey as the South Africans finished third for the third consecutive season.

At this point, the South African rugby family was sitting up and taking notice of a player whose potential clearly had a lofty ceiling. Brenden Nel, a rugby writer with SuperSport , was one of them.

“Being South Africa U20 captain is an indicator that they would see him as a Springboks captain of the future,” says Nel from the swelteringly hot Pretoria. “There’s only one every year and most of them went on to become Boks captains.

“I was quite upset that CJ left South Africa (to join Munster) because I could see him as being a future Springbok captain. His exceptional leadership qualities at that age were head and shoulders above his peers. He’s a huge loss for South African rugby.”

Indeed, Stander’s underage success and CV meant he seemed destined for the highest honours in South African rugby, and his impressive displays in the Vodacom and Currie Cups for the Bulls in 2010 and 2011 only strengthened the feeling.

The George man began the 2012 Super Rugby season as a squad player, with the back row competition of Pierre Spies, Deon Stegmann, Dewald Potgieter, Jacques Potgieter and Arno Botha meaning opportunities might have been few and far between.

However, an injury to Stegmann soon saw Stander slotted into the first XV in the six shirt (openside in South Africa), and he made a total of 11 Super Rugby starts, scoring four tries that included a pair of standout long-range efforts.

The impressive form was made all the more so due to the fact that Stander was playing out of his natural position of number eight.

CJ was always a number eight,” says du Plessis. “He had the instincts and qualities of a natural eightman since he arrived at school as a 14-year-old.”

Stander’s form led to involvement in Heyneke Meyer’s Springboks training squads, including a 42-man camp late in May of 2012, which was used to prepare for the summer Test series against England. Despite Stander’s rich history as a number eight, Meyer wasn’t a believer that his future lay there.

“One of the reasons CJ left was that he was told he was too small to play number eight,” says Nel. “Ironically it was Heyneke Meyer who told him that. I think that was a big part of why CJ decided to leave.”

Munster had been tracking Stander for an extended period of time and less than a month after his involvement in that Springboks camp, Stander shocked the Bulls by turning down a new contract offer and instead signing for the Irish province.

At the time, the Bulls insisted they could not financially match the offer on the table from Munster and, as with any transfer, that did play a part in Stander’s departure. Having been brought up so lovingly by Jannie and Amanda, here was a chance for the youngster to help out his hard-working parents.

That said, it was the rugby side of the switch that motivated Stander most of all, as has always been the case. Not every rugby fan in South Africa realised the quality of player being lost, but those who had been following Stander were hugely disappointed.

“He probably left before he was very well known around the country,” says Nel. “Guys who covered the U20s and things like that, we all knew he was a star of the future. I don’t think he was a household name when he left, but he was starting to get more well known.

“I always had the idea that once he got up there and everyone saw how good he is, they’re not going to let him come back. He could have been playing for the Springboks.”

Instead, it appears that Joe Schmidt will allow Stander to fulfill what has been a huge goal of his since arriving on these shores in 2012 – playing for Ireland. The number eight qualified on residency grounds late last month and is now a strong contender for selection in the 2016 Six Nations.

South Africa is becoming increasingly accustomed to players departing for the Northern Hemisphere, lured by the ambitious clubs in France, England and Ireland.

Josh Strauss and WP Nel have recently become Scotland internationals, although they didn’t look like becoming Springboks when based at home. The same could be said for Scott Spedding and Bernard le Roux of France, both of them South African natives.

“There are a few who might not have made it in South Africa, who wouldn’t have become Springboks,” says Nel. “CJ is a bit different as he would have become a Springbok and would have played quite a few Tests in the green and gold jersey. He’s at a different level when it comes to the other guys.

“There’s a concern from our side obviously in terms of how these things are happening. You look at the success of guys like CJ and there are a few more guys who might get recruited in the next couple of years. 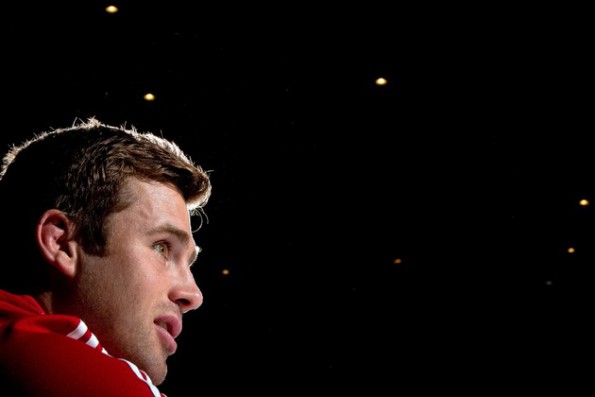 “That’s a worry because our Rand exchange rate is not very good at the moment.

“Guys like CJ, Quinn Roux, and Danie Poolman have all gone up there quite young. If they do end up playing for Ireland it’s a bit different to someone like Josh Strauss, who was around 26 when he went up. It’s a different stage in their careers and the worry is that it’s the young players who are going to be targeted now.”

Whatever about the concerns for South African rugby, there is sheer pride in many places at Stander’s success with Munster.

When he leads the province out in Limerick for the Champions Cup clash against Treviso on Saturday evening, the Standers, the Neethlings, all at Oakdale, South Western Districts, and his friends in George and Pretoria will watch in joy.

The same will apply if he gets his Ireland debut next year. Others will think of what might have been.

“There are a lot of people who watch on with pride at how he’s getting on,” says Nel, “even though there is a little bit of sadness too.”

For Stander himself, the picture is very clear. The Munster players around him are family now, and any future Ireland teammates will be the same. The back row was reared to be a leader and accepts the role with determination to contribute to collective success.

“One thing I will always remember are the words he used in team talks,” says du Plessis. “The word ‘brothers’ was always part of his vocabulary.

“He could take 14 brothers, make them believe in each other and take on any schoolboy rugby team in South Africa. He was an outstanding leader and the team was always his first priority before himself.”