A leisure attraction characterised by a unique combination of nostalgia and thrilling entertainment, Gold Reef City has been relaunched following a multi-million rand refurbishment by Tsogo Sun. The glittering launch event that took place on the 19th of November was attended by Jozi’s most glamorous celebrities, key media, and leaders of the gaming and hospitality industry. 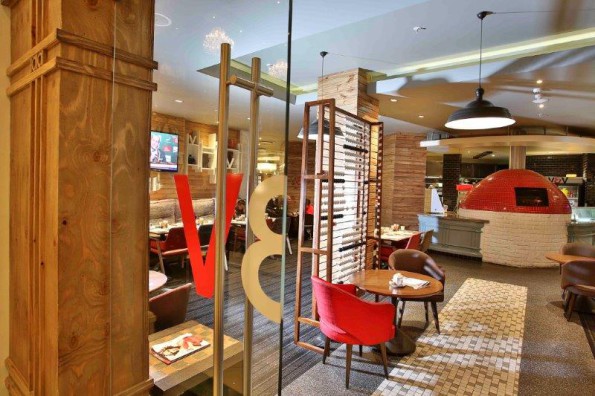 The first phase of what will be a R630 million investment by Tsogo Sun into the refurbishment and expansion of one of South Africa’s national tourist treasures has seen the property being elevated to a diverse, world-class entertainment destination. Says CEO of Tsogo Sun Marcel von Aulock, “This investment is in line with the group’s corporate strategy to invest in and expand its operations in South Africa. We are committed to ensuring that our properties stay relevant, fresh and competitive in the leisure market. Added to this, the selection of offerings at our properties are vitally important components in ensuring great experiences for all our guests.” 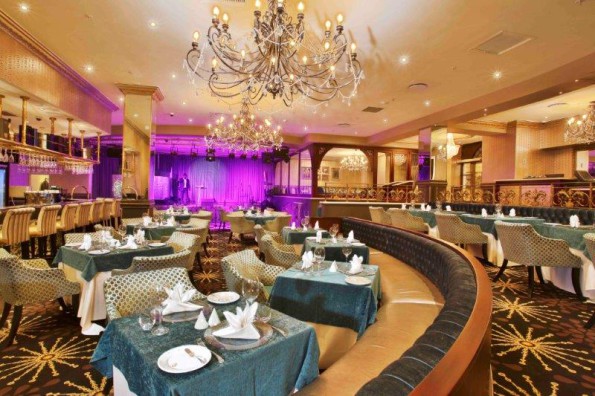 City of Johannesburg Executive Mayor Parks Tau says,“For manySouth Africans, Gold Reef City conjures up images of carefree days spent exploring the Victorian buildings and gold mine that provided a perfect blend of educational and entertainment value. Today, Gold Reef City is, without doubt, the premier entertainment destination in southern Johannesburg. We applaud Tsogo Sun for its investment into ensuring that this attraction remains a significant contributor to the City of Johannesburg’s tourism industry, offering local and international visitors alike a truly unique experience.” 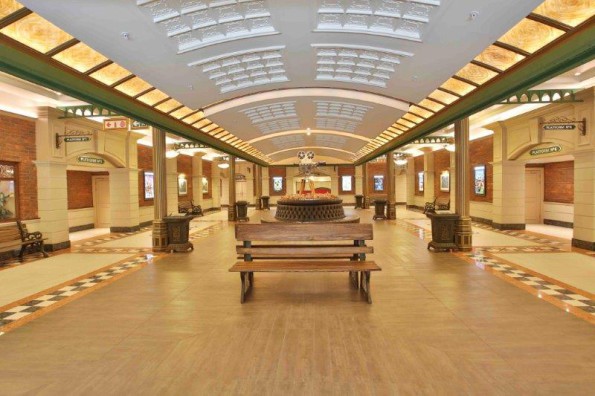 Operations Director and Complex General Manager of Gold Reef City, Mike Page, says, “There is nowhere else in South Africa, if not the world, where one can experience a world-class Theme Park, the historical significance of the Apartheid Museum, enjoy the thrill of a casino, an opulent theatre, and the family-friendly entertainment value of movies, 10-pin bowling, a games arcade and a diverse selection of restaurants.” 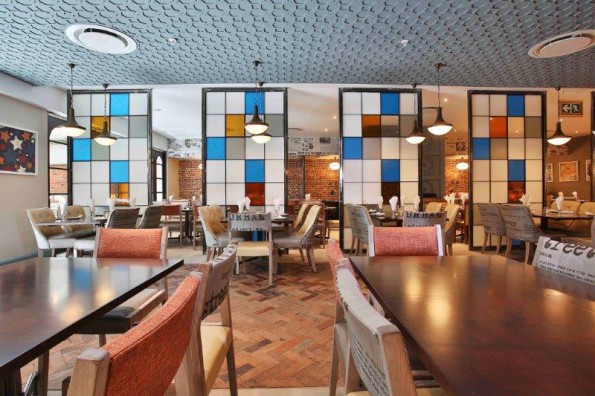 Among the additions to the property are several new and upgraded restaurants, including the stylish Back o’ the Moon, which has undergone a total revamp and offers accessible upmarket dining.  The property now also offers a Vigour & Verve restaurant, Spur Steak Ranch, Boston BBQ (family buffet restaurant), Calisto’s Portuguese Restaurant, The Raj Indian Restaurant, Ocean Basket, Vida e Café and Col Cacchio Pizzeria as well as a food court. 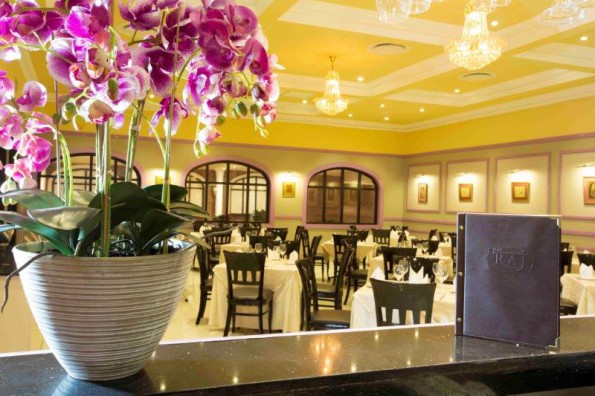 Young Gold Reef City fans have not been forgotten, with the addition of a Magic Company twelve-lane bowling alley, not to mention cinemas. One of the most spectacular new additions to Gold Reef City is Tsogo Sun’s movie franchise, Movies@Gold Reef City, featuring a cinema complex themed as a Victorian train station. Six theatres, offering a total of 1 048 seats, four of which have 3D capability, provide a variety of cinematic options for Gold Reef City visitors. The largest theatre is Platform 2, called Grand Central, which has 322 seats. Platform 3, which seats 84, boasts luxurious leather seats and a bar, making it an ideal venue for intimate corporate functions and exclusive VIP events.

The new Salon Privé features an opulent gaming ambience with its own private entrances, playing areas, baccarat room, internet and cash desk facilities, lobby and VIP desk, as well as an exclusive lounge.

“Gold Reef City has a long history of providing a unique combination of educational, historical and leisure attractions to the city of Johannesburg. This great heritage has been enhanced with the addition of the new facilities, offering visitors an even wider range of experiences than ever before. This is a place to connect with our history, to do business, to be entertained or to spend a day getting the adrenaline pumping,” says Page.

Gold Reef City is one of Tsogo Sun’s 14 casino and entertainment destinations and over 90 hotels throughout South Africa, Africa, the Seychelles and Abu Dhabi.

Tsogo Sun is the leading hotels, gaming and entertainment company in South Africa, providing a variety of hospitality and exciting entertainment and leisure experiences. Combining an established heritage with a professional and energised approach, the group proudly encompasses 14 casinos and over 90 hotels in South Africa, Africa, the Seychelles and Abu Dhabi.

The exciting urban and resort casino portfolio includes the most popular entertainment destinations, strategically located throughout South Africa. In the Gauteng province, Tsogo Sun owns the group’s flagship property, Montecasino in Fourways, which features, amongst other attractions, the award-winning Teatro; Gold Reef City Casino and Theme Park in Southern Johannesburg; and Silverstar Casino to the West in Krugersdorp. Additional properties are owned and operated in the Western Cape, Eastern Cape, Free State, Mpumalanga and KwaZulu-Natal, including the jewel on Durban’s Golden Mile, Suncoast Casino, Hotels and Entertainment.

Tsogo Sun Citizenship is the group’s corporate citizenship strategy which encompasses three areas of focus. This includes Corporate Social Investment, whereby the group promotes the development of learners through three academies which offer holistic, full-year programmes centred around sport, art and education; Entrepreneur Development which focuses on skills-based entrepreneurial development through its Tsogo Sun Book a Guesthouse and Supplier Development programmes; and Environmental Education, committed to initiatives that reduce the impact the business has on the environment.

Tsogo Sun Gaming supports the National Responsible Gambling Programme. Winners know when to stop.  Only persons over the age of 18 are permitted to gamble. National Problem Gambling counselling toll-free helpline: 0800 006 008.