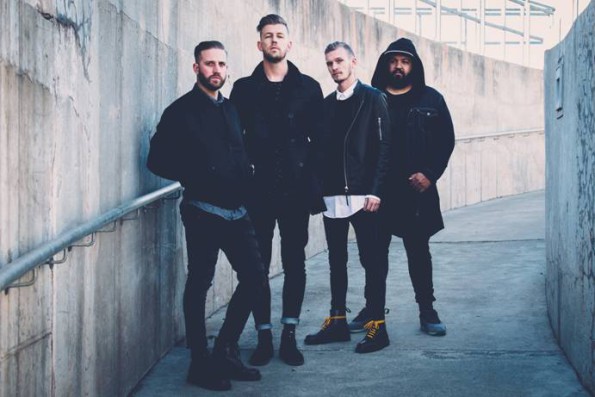 “Simply brimming with the sheer richness of the sound, “Slow Motion” is as effortlessly well-produced and put together as the band has ever been.” Skye Mallac. http://texxandthecity.com/2015/11/zebra-giraffe-slow-motion-ep

Zebra & Giraffe`s new EP “Slow Motion” was released on Friday November 13th 2015. Zebra & Giraffe is known as one of South Africa`s finest rock acts, with two SAMA wins and more than 15 radio hits over the past 7 years. Their passion to move beyond what they’re known for musically is evident in the unpredictability of each new release. Fans can experience the new tunes live when Zebra & Giraffe hits the road in December to introduce the new EP.

The EP isn’t focused on one specific type of song or genre. The sound across the 5 songs is diverse. Carlin explains: “On this project we wanted to push ourselves in different directions and not play it safe by producing the same thing we have before.” The searing “Redefine” finds the bands exploring its heavier side with Carlin pushing his voice to new heights. You Are” and “Slow Motion” find Carlin and the band exploring more positive themes than on past releases, whilst “It’s All The Same” and “Won’t Break Down” blur the barriers between pop and rock and will be stuck in your head for days. “You Are” also features newcomer Ruby Gill on vocals.

The EP is available on the following platforms, all accessible through https://ZebraGiraffe.lnk.to/SlowMotion :

The music video for the first single “It’s All The Same” was released on Thursday 5 November. It is a collaboration by Director/DOP Trevor Calverly (who also shot the band’s “Sons” music video in 2013), visual artist and actress Elsa Bleda, and Zebra & Giraffe lead singer Greg Carlin. It was produced by Carlin and Alan Shenton for Hoodlum Music and stars actor Adam Heyns alongside Bleda. Additional scenes were shot and directed by Tristan Holmes. The video was edited and graded by Carlin.

Link to the video for “It`s all the Same”: YouTube / Vimeo / Apple Music

Ticket Price: R60 at the door

Ticket Price: R50 at the door

Support Acts: Climate Control, I AM and many more