The Afrikaans psychological thriller, Die Ontwaking, explores how traumatised, deeply wounded individuals emerge from communities – and that these people may eventually turn to violent behaviour and could even become psychopaths. 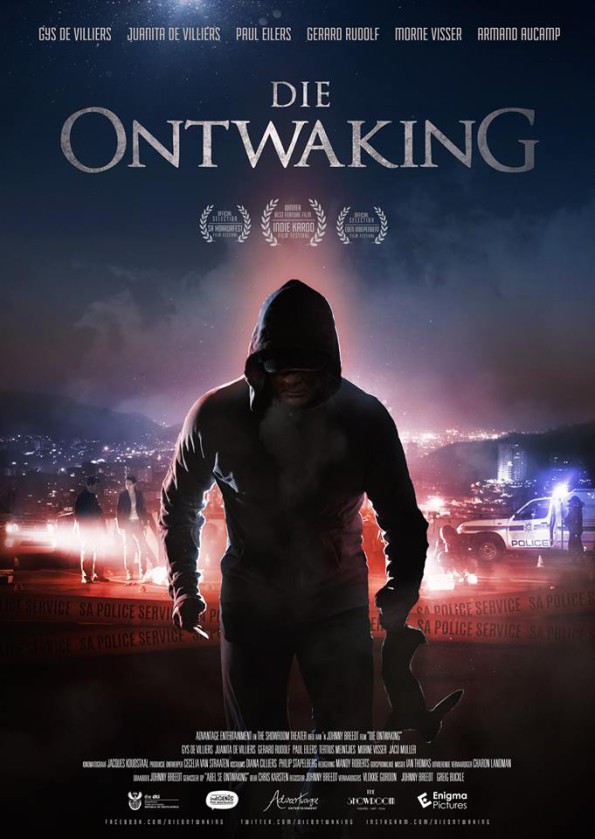 This film investigates the complex and dynamic relationship between the disturbed, yet sympathetic Abel Lotz (Gys de Villiers), and a pretty young detective, Ella Nesser (Juanita de Villers), who has just been appointed to solve murder cases.   Abel watches Ella from a distance and is both jealous of and fascinated by her resilience and focus – qualities he also has.

As the movie delves deeper into the psyche of a psychopath, audiences are kept on the edge of their seats and with each revelation one keeps on wondering what exactly is happening in the mind of a serial killer…

His role as Abel is testament to Gys de Villiers’s talent and as an actor he has to undertake his own difficult journey into the mind of a psychopath – a person who has psychologically been damaged to such an extent that he or she is incapable of separating reality from fantasy.  The motive of ‘skin’ is strongly emphasised in the film, and it refers to much more than that which covers the body. Skin also becomes a metaphor for the way in which we see ourselves; how others see us; and how our experiences are etched into our skins.

A star-studded cast with, among others, Gérard Roedolf, Paul Eilers, Morné Visser and Armand Aucamp in diverse roles, lends gravity to the film.  Juanita de Villers and Jaco Muller deliver excellent performances in their breakout roles, playing alongside acclaimed and experienced actors, such as Roedolf and Visser.

At the 2015 kykNET Silwerskermfees, Roedolf was awarded for his work in the short film Vryslag – and won the accolade for Best Actor; while Visser received the award for Best Actor in a Feature Film for his role in Dis ek, Anna.

An old favourite who makes his comeback to the big screen is Tertius Meintjes, whose character has to perform quite a grisly task now that Abel is giving expression to his darkest fantasies…

Die Ontwaking releases countrywide on 28 February 2016 and is distributed by Indigenous Film Distribution.