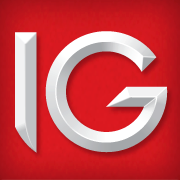 The Rugby World Cup is the premiere quadrennial event for any rugby union fan, with this autumn seeing the 8th incarnation of the Rugby World Cup hitting British shores for the first time since 1991.  Taking place between the 18th September and the 31st October this is promised to be one of the biggest RWC’s ever. With over 460,000 spectators from abroad and an almost immeasurable amount of potential home support. The total number of spectators should easily eclipsing any prior rugby tournament, amazingly it should only be just shy of the 2002 FIFA World Cup in Japan. In total the Rugby World Cup is expected to deliver up to £2.2 billion in output to the UK economy.

IG, the multinational forex firm have looked at previous tournaments, current market trends, as well as similar events from other sports to give their expert opinion on who will come out the overall winner – even if they’re not the ones holding the Web-Ellis cup

Overall, there are 14 official partners, sponsors and suppliers spread over 8 countries and 6 stock exchanges all vying for their share of the commercial success a World Cup allows.

However with a combined value of $630 Billion do they really need the exposure? And how do they gain from this?

For many sponsors the gain is obvious.  Heineken, one of the major worldwide partners and global drinks giant gains considerably from having exclusive alcohol rights in all of the stadiums and attached bars.

“Heineken will likely be a barometer for the performance of the global sponsors. Consumption is highly measureable and the margin growth on drinks consumed during this period should also add a benefit to net profit after tax in the last quarter.

Should England progress to the final this will give ample opportunity for Heineken to improve its sales as they will have an exclusivity agreement with the sporting venues. There will also be an ability to improve its brand awareness within the rugby playing demographic: a community renowned for its drinking prowess.”

The similar can be said for other sponsors such as Emirates Airways who will run the majority of Flights from Australia, New Zealand and South Africa. Those 3 destinations have by large the biggest Rugby followings outside of the home nations, so any benefit Emirates Airways receives from the RWC 2015 should be obvious and extremely measureable.

But what about the less obvious? As Evan Lucas goes on to state;

“The other sponsors are more likely to use the RWC as a brand exercise: something that is not as easily equated as consumption.”

Take Canterbury for example, the Official Sportswear Supplier of the Rugby World Cup 2015 and kit supplier for the England team. Surely being on the host nation’s shirt and having your brand image plastered around the Stadiums is great for business? Correct, yes. Measurable, No.

The UK Govt believes that the UK economy will still feel the effects of London 2012 all the way to 2017, and if England are successful in winning this year’s tournament you can see Shirt sales carrying Canterbury’s success far beyond next year.

Yet despite earning percentages from the sales of England kits and official RWC merchandise which will undoubtedly boost like-on-like sales figures compared to previous years. They are also paying the bulk of the production costs for these items and therefore see minimal financial gain per unit. In addition, many of the items Canterbury are expected to provide for the tournament are complete loss leaders, with the majority of Official RWC sportswear being donated to players and coaches. This once again re-affirms this as a purely brand exercise.

But surely TV is the biggest winner?

ITV the tournaments UK TV distributer was widely expected to be at the top end of the sponsor’s league table come the final in Twickenham. However with the TV ratings battle set to be hotly contested with main foreign distributer Fox Sport, the battle of the broadcasters could rely heavily on how far the ‘bigger’ nations make it in the tournaments.

“ITV could benefit from increased market share of TV viewers and therefore future advertising revenue if it were to end up being a closely fought competition and England were to win. The viewing and advertising from this competition has already been factored in to the company’s share price as this has been an event the markets have been aware of for some time.

The real benefits for ITV would come from the terms written into the existing contracts should England progress. If ITV were perceived to have done a good job covering the event and the host nation could even win it then they would have a far stronger hand in any future advertising negotiations for future events.”

So which Sponsor will be this year’s biggest winner?

As you can now tell, it’s far from a black and white answer who will be this year’s biggest Winner. This is epitomized by looking at the RWC 2011, where MasterCard is the partner, sponsor that has seen the most growth since the last World Cup despite offering no tangible services.

This is where IG comes in.

IG’s “Sporting Moments and the Markets” study has tracked the tournament sponsors, suppliers, teams and even Forex’s to help provide a breadth of information to allow you to formulate your own opinion, and decide once and for all who you think will be the biggest winner from the Rugby World Cup 2015.

Visit – http://www.ig.com/za/sporting-moments-and-the-markets for more information on IG’s study. Including share listings of this year’s competition sponsors, as well as the indices and currencies of some of the countries taking part. All this should help you decide who you think will be the biggest winner from the Rugby World Cup 2015

Could a momentous victory for one of the home nations lead to movements in the markets? Or could it be one of the main stream sponsors holding their position at the top. You decide.