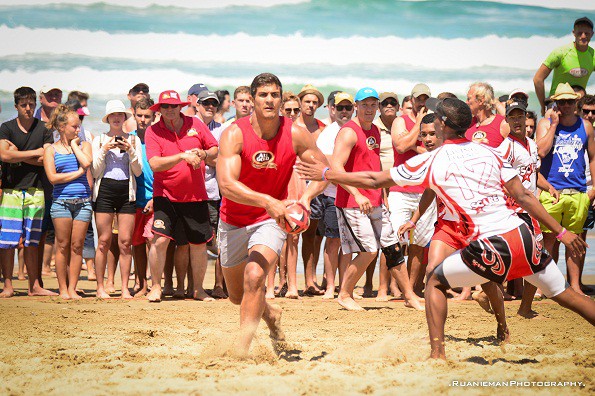 The Hot Summer of Touch once again hits the Southern Cape Coastline in December this year for the 2015 instalment of this hugely popular series. The Tour enjoys its 15th year on the beaches and the action will be Hotter than ever. 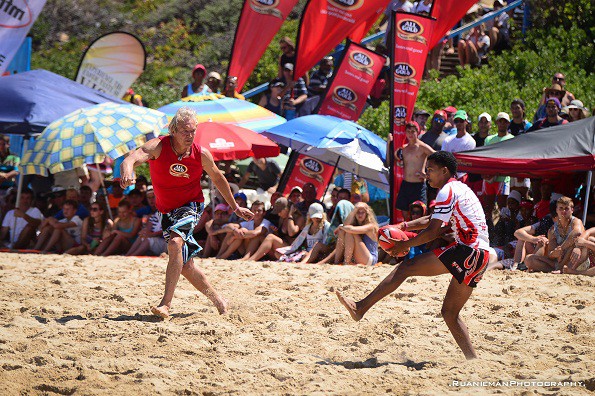 The series has once again been set-up to encourage mass participation, with a second tier Challenger Section being added to the Pro- Series, which is allowing more of an opportunity for the general public in the open and junior sections.

Teams consist of a maximum of 8 players and entry fee is R300 per team.

With over 400 teams taking part in 2014, this year’s series is expected to be even bigger and thousands of spectators are expected to flock down to enjoy the hottest action this Summer.

Players and Spectators alike can expect more than just a Touch Rugby Tournament with entertainment and laughs provided by celebrity MC Deon Bing, Giveaway’s galore from event sponsors. There will also be Miss Touchies and Mr Six Pack competitions not to mention the most exciting and competitive Touch Rugby seen anywhere in the world.

The Camps Bay event falls on the same day as the opening of the World Sevens. This will however not detract from the event as the majority of the event will be completed by 12pm and people will then go to the sevens.

Stilbaai Touchies is naturally still the highlight with thousands of people coming to the beach on the day. This phenomenon turns 37 this year!!!

The series dates and venues are as follows:

Entries can be done the following ways: