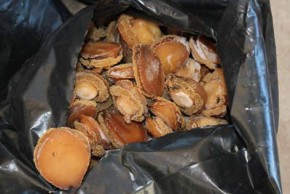 Police in the Southern Cape arrested a 36-year-old suspect early this morning when he was found in possession of abalone worth more than R1.4 million. This bust was a result of a joint integrated crime combatting operation between members of the Western Cape Rural Flying Squad, the Hawks’ Organised Crime unit in George and the Attaqua K-9 (Oudtshoorn Dog Unit).

These vigilant members conducted a VCP (vehicle check point) also known as a roving roadblock about 30 km between Uniondale and Willowmore when they spotted the suspicious 10 ton truck en-route to Johannesburg early this morning at about 03:15. They pulled over the truck and ensued with a search which led them to a false floor compartment in the bed of the truck. The members found 120 (hundred and Twenty) bags filled with dry abalone with an estimated value of more than R1.4million inside the false compartment. 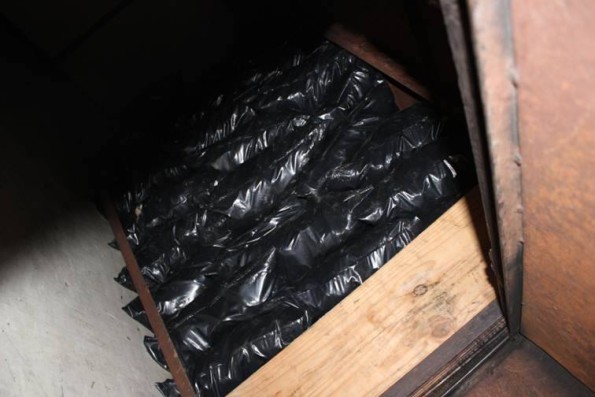 Subsequent to the confiscation of the abalone, they arrested the only occupant of the truck, a 36-years-old driver who hails from Alexandria near Johannesburg.

Officials of the Department of Agriculture, Forestry and Fisheries (DAFF) were activated to assist Saps members with the processing of the find. The abalone was handed to them and they also confiscated the truck that was used as transportation.

The suspect is due to appear in the Uniondale magistrates’ court on Thursday, facing a charge of Dealing in Abalone. He might face additional charges related to the contravention of the Sea Fisheries Act.

The Western Cape police management has commended these members involved for their dedication and reiterated their commitment to a safer festive season for all inhabitants of the Western Cape, inclusive of visitors and holiday makers. They also post a promise to criminals that these joint intelligence-driven operations will continue to rid our communities from the scourge crime.