A PE resident found a rare item in the cellar of his home – a photo album that dates back to the Royal Visit to the city in 1947, featuring many personal mementos and photographs of King George VI as well as the current reigning monarch, Queen Elizabeth II. The album is currently for sale on Gumtree. 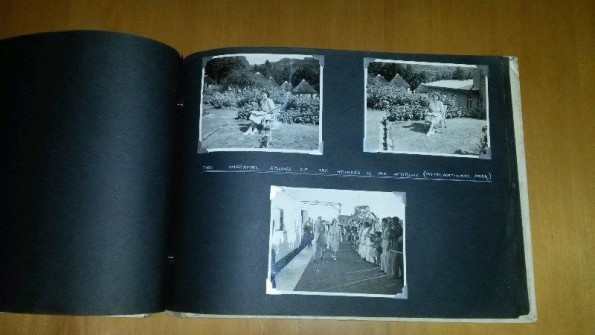 Mario Luiters of Port Elizabeth found the item by pure chance while spring cleaning his cellar. “I had bought a house from a lady a few years ago with a few outside storage rooms attached. She asked me to throw away the contents, but I decided to see if anything could be salvaged. About a year after purchasing the house, I discovered a small crawlspace in one of the rooms with several antiques inside, including a seal ring from the 1930s, gold earrings and this very unusual album. I contacted the original owner to return the items, but she wasn’t interested in keeping them and gifted them to me.” King George VI and Queen Elizabeth paid a visit to the city as part of a Royal Tour, along with the two princesses, Elizabeth (the current Queen of England) and Margaret. 26,000 residents of the Bay turned up at St George’s Park to greet them. This would mark Elizabeth II’s first official Royal Tour. She also celebrated her 21st birthday in Cape Town during the trip. 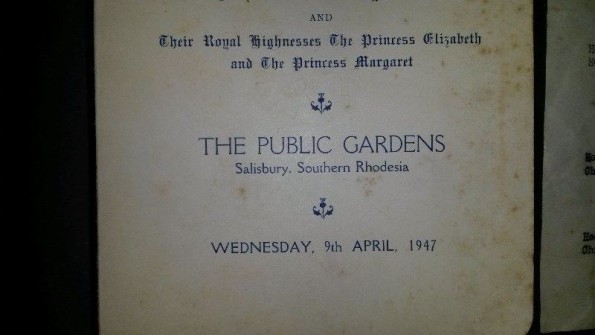 Luiters believes that the album has been hidden in the cellar for more than 68 years and belonged to an official photographer. There are extremely intimate, close-up photographs of the then-princess Elizabeth and her parents on safari and as well as various shots taking during the tour in Port Elizabeth, Johannesburg, Kwazulu-Natal and other stops, as well as signed invitations and correspondence from various global newspapers. “Whoever took these photos had official access to the Royal Family and carefully preserved the mementos. I would love to see it go to a museum or even the Queen herself to bring back beautiful memories”, says Luiters.

The album is made up of original photographs, the original menu of the white train, the King and Queen’s suitcase tags and several historically significant signatures. Details, such as the names of chefs and stewards in attendance, are also recorded.  “I spoke to a gentleman who was in the military at that time who believes that he features in several of the photographs taken – it brought back many memories so I’m sure it’s very special to anyone with an interest in that era or the Royal Family.”

Luiters is selling the album on Gumtree along with some other items and although he has no idea of the actual value of the rare find, he will certainly entertain any reasonable offer. According to Claire Cobbledick, Marketing Manager of Gumtree South Africa, it’s not the only item of significance that’s made its way onto the site. “Last year we made headlines when a cabinet especially designed to hold evidence in the Rivonia trials went up for sale on Gumtree,” she says. “But there are always interesting historic items, artwork and antiques on the site.”