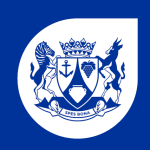 I am extremely happy with the Western Cape provincial results of the 2015 National Senior Certificate examinations.

It was with great pleasure and pride that I learnt that the Western Cape this year achieved the highest pass rate in the country, at 84.7% – an increase of 2.5 percentage points from 2014.

We are concerned, however, that we are the only province to have recorded an improvement in the pass rate, as this is a worrying development for our country.

In the past, the Western Cape government has always urged education commentators and the general public to look beyond the matric pass rate, and interrogate the statistics more carefully.  Improving quality is as important as improving the quantity of passes.

Given the many challenges our education system faces, improving the quality of education is only possible through sustained interventions in our schools, and the hard work of the matrics, their teachers and district officials.  It is a multi-year process.

We are pleased that this effort is reaping results.

The Province measures these results using a set of indicators of quality education, that look far deeper than merely the pass rate.  This year’s results show significant improvement recorded against each of these indicators.

Every single learner who passed matric in the Western Cape passed with access to higher education.

There is also growth in the number of candidates writing and passing mathematics and physical science.  Importantly, this is both in numbers and percentage.

I am particularly pleased that a record number of candidates passed their NSC this year, and that once again we have seen an improvement in schools with high proportions of historically disadvantaged learners.

In the Western Cape we place great emphasis on ensuring that we keep as many learners in the school system for as long as possible and that they get the opportunity to write and pass their NSC.

We are very encouraged by the improvement in our rate of retention over the past five years.  In 2015, the Western Cape has yet again managed to increase our retention rate by 3 percentage points from 63.8% in 2014 to 66.8% in 2015.

Altogether, the 2015 NSC in the Western Cape was an outstanding success and I am extremely proud of what our learners, schools and districts have achieved.

A breakdown of some of these results highlights the improvements made:

Increasing the number of candidates writing and passing the NSC is one of the Strategic Priorities of this Province. It is therefore very pleasing that the Western Cape achieved the highest number of passes ever achieved in this province since the inception of the NSC.

Improved quality of the passes achieved is just as important as improved quantity.

An increase in access to a Bachelor’s Degree or Diploma is particularly significant, as it broadens the opportunities for learners to study further. In 2015, in the Western Cape, a record number of 41.7% of candidates achieved access to Bachelor Degree study.

This figure is the highest in the country.

Candidates achieving access to a Diploma also increased significantly from 14 573 in 2014 to 16 496 in 2015. A further 6 605 achieved certificates, leaving zero candidates that passed without access to Higher Education.

These figures are significant as they show a steady improvement in the quality of passes within the system. It also means that more learners than ever before will now have the opportunity to apply for admission to higher education institutions.

In determining quality, we must also consider the Mathematics and Physical Science results.

While there is still much to be done in these areas, particularly in increasing those taking these subjects, we can be confident that we are improving in both the quantity and quality of these two critical subjects.

Overall, we are greatly encouraged by the quantity and quality of passes achieved in the Western Cape.

Hearty congratulations to all our successful learners, their teachers, parents and guardians, and all our officials who have worked so hard to ensure this success.

I would also like to congratulate all 2015 NSC Candidates across the Country.

A special thanks also to our markers who have worked long hours to ensure that the results were ready in time.

I now look forward to celebrating these successes with learners and educators over the next few days and look forward to analysing these results even further, so that targeted interventions can be designed for schools that need it most.