NSRI Hermanus launched a sea rescue craft to stand-by in the area as back-up.

The floating capsized casualty Catamaran has reportedly been sighted on numerous occasions and hopes are that she is the Catamaran Sunsail that has been missing for a year.

On arrival on the scene, following a brief search, the upturned hull of the Catamaran was photographed by NSRI and NSRI rescue swimmers free dived to investigate markings and as much as could be investigated under the hull.

NSRI could not positively identify her as Sunsail. 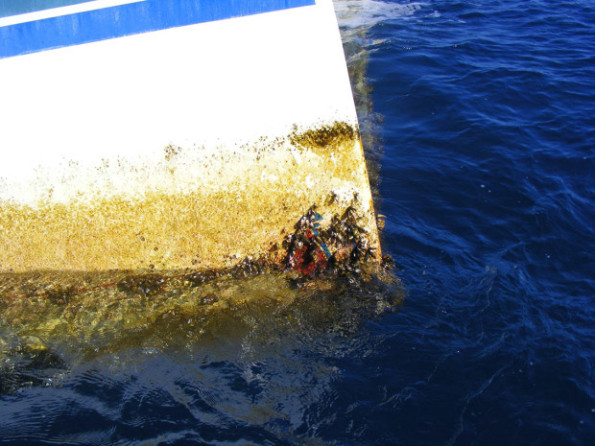 NSRI Agulhas attached a satellite tracking beacon to the casualty Catamaran which MRCC will monitor to keep track of the position while Telkom Maritime Radio Services broadcast a Maritime Navigational Warning to warn ships in the area of the navigational hazard and the tug boat Peridot operated by Smit Amandla were activated and they will attempt to tow the casualty Catamaran to an appropriate Port.

During the night, NSRI Hermanus were dispatched to investigate the option of attaching a tow-line to the catamaran to pull her from shipping lanes but the effort was aborted and MRCC are tracking the casualty Catamaran until the tug Peridot arrived on the scene.

TO REPORT A SEA RESCUE EMERGENCY DIAL 112 FROM A CELLPHONE