The Outeniqua Cycleway forms part of the proposed Garden Route Cycleway which plans to create a cycleway linking George to Plettenberg Bay and eventually to Port Elizabeth. 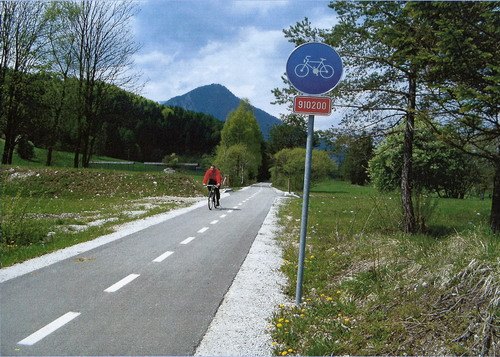 The Garden Route Cycleway Association, which was founded in 2007, has studied cycleways in various parts of the world (such as the Slovenian Cycleway shown in the photograph), the study included the proven success of many “rails to trails” conversions. GRCA sees the immediate and long-term benefits that the Outeniqua Cycleway could have for many of the local resident, as well as for the region and the country.

John Stegmann, Chairman of the Garden Route Cycleway Association, was instrumental in founding the world renowned Cape Town Cycle Tour which is now the biggest timed cycle event in the world and each year pumps a huge amount into the local Cape Town economy.

In his notes, John wrote: “South Africa lacks safe urban routes for commuting, recreation, training and cycle touring. As a cycleway facility, this corridor would make it possible for all cyclists to travel in safety and with relative ease along an incredibly attractive route from the centre of George to the centres of Wilderness, Sedgefield and Knysna – extending later to Plettenberg Bay and Keurboomsstrand.”
Please support this initiative.