Primary schools across the country are invited to become part of the biggest football tournament for kids between 10 and 12 years old in the world by entering the 2016 Danone Nations Cup. 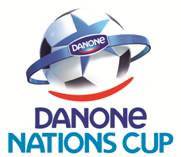 Games will begin at cluster level immediately after registration closes.  The winners will progress to the Regional finals culminating in the nine provincial winners playing in the National finals to determine the national champion school.

“Through the Danone Nations Cup we are reaching kids at a crucial age,” said Chantel Ehlers, communications specialist, Danone.  “We are passionate about making a difference to people’s lives and our mission is ‘Bringing health through food to as many people as possible,’ which we are achieving through this tournament.  We are also encouraging kids to believe in their dreams.”

2015 champions, Bree Primary School from Mayfair, Johannesburg, will be in action again this year and principal, Dave Kalicharan will be starting trials to select the team shortly.

“I only have two players that went to Morocco that still qualify for the competition this year and luckily one of them was one of the best player last year, goalkeeper, Mncebisi Nguse.  He will be joined by midfielder, Vusi Mbuthi. This year I am going to look for players from my under 10’s and 11’s to build a team for the next two years.”

Kalicharan says that he has not seen the boys in action since Morocco as they returned to go straight into exams so soccer was put on the back burner, but admits he has seen a dramatic difference in the confidence of the players since the trip.  “The trip to the world finals has opened the eyes of every player.  They know that there are endless opportunities awaiting them and I can see that their confidence and fighting spirit has improved dramatically.  Those players that have gone on to high school will benefit from the experience,” said Kalicharan. “They have learnt that you can achieve anything if you put your mind and energy to it and remain focused.”

To register contact your local Department of Education sports coordinator or the South African Schools Football Association (SASFA): Themba Tshabalala at shakesonthemove@gmail.com. or 072 588 4957.   The forms are also accessible onto Facebook.