On Friday Branden Grace caught fire as the third round of the Qatar Masters was drawing to a close and birdied the 16th, 17th, and 18th for a move to tied second. 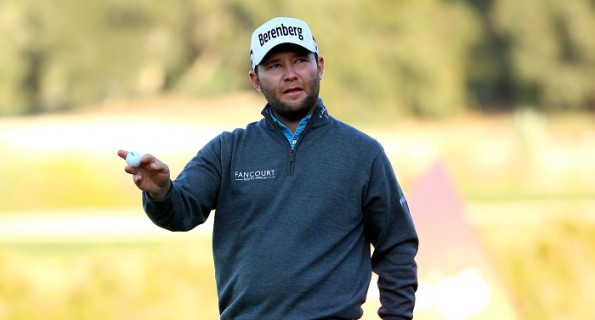 ‘It was good, patient day of golf out there. The wind was up and you couldn’t really attack, so you had to wait for chances and take them when they came. I think I did that very well and luckily made three birdies coming in to give myself a chance,’ he said.

The world number 11 is aiming to become the first player to successfully defend his title at the Qatar Masters after shooting 68 to move within two strokes of the lead set by Scotland’s Paul Lawrie.

The 27-year-old made a birdie at the first hole, but couldn’t get the scoring going and played regulation golf all the way until the 16th. His closing flurry has put him in place to win a seventh European Tour event, and if he lifts the silverware he will also move into the top 10 in the world for the first time.

‘Hopefully I can come out with the same frame of mind tomorrow and produce a similar score. You can’t force things out here, so I’ll stick to the plan and hope for the best,’ he said.

In 2015 Grace drove the green at Doha Golf Club’s 16th hole and made an eagle there on his way to a final-round 66, which earned him a one-shot victory over Marc Warren. He’ll need a similar score this week in order to secure his first win of the 2016 season.

Fellow South African Louis Oosthuizen turned in two-over-par 38 on Friday, but clawed his way back with a back nine of 33 that put him into a share of 15th place on seven under par. Ernie Els and George Coetzee were tied for 19th, while Trevor Fisher Jnr shot 69 for a share of 25th place.