With pressure on South Africa’s water sources continually increasing, it is vital we acknowledge World Wetlands Day and take note of the importance of this valuable water system. 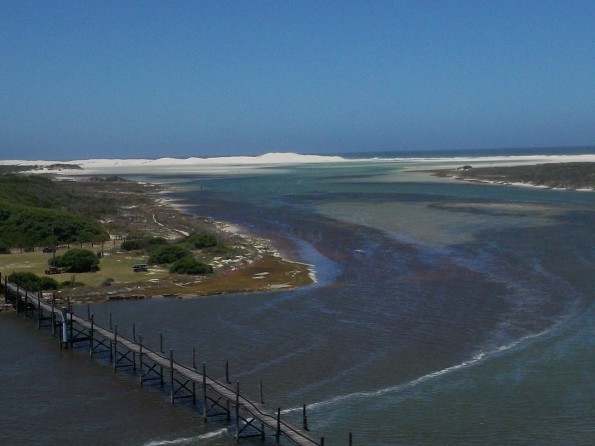 Says CapeNature CEO, Dr Razeena Omar: “In light of the current water shortage, there’s no better time to ensure we have healthy and functioning ecological infrastructure. This includes not only our rivers and streams, but importantly also wetlands because these ecological systems act as water-holding and water producing devices which provide clean, safe water to our dams and ultimately the end consumer.”

Wetlands have often been referred to as wastelands in past, but they’re in fact among the most productive ecosystems in the world. Wetlands play an important part in river catchments by contributing to flood attenuation, drought relief, water storage and filtering, and soil protection.

They do, however, face many threats such as erosion, invasive alien plants, pollution, indiscriminate development, overgrazing or too frequent fires. In the last Western Cape State of Biodiversity Report published in 2012, it was revealed that 71% of the wetlands in the Western Cape are threatened (either Critically Endangered, Endangered or Vulnerable), compared to 51% and 65%, respectively, at the national level.

“Wetlands provide one of the most important ecosystems services in the environment as they affect both water quantity and quality and it is important that we continue working to mitigate against the threats to this ecosystem service. With floods and droughts predicted to intensify in the future, it will make it increasingly important for landowners to keep their wetlands healthy as they can cope with these extreme conditions,” adds Dr Omar.

Western Cape minister of Local Government, Environmental Affairs and Development Planning, Mr Anton Bredell, says: “There are more than 7 billion people on the planet today and the pressure on our planet’s limited resources is increasing rapidly.

“It is going to take innovation and hard work by the generations living on our planet today to make sure there is a sustainable future for the generations that will follow us. We need to start doing the right things now. In the Western Cape we are already tackling the challenge under an umbrella called the Green Economy. One of the specific projects we have been busy with has been to look at our catchment areas and cleaning up our rivers. This has led to the Berg River Improvement Scheme that has seen a tremendous positive result to date. The Scheme addresses water quality and security concerns, as well as river rehabilitation in the river catchment areas of the Berg River. This programme will be on-going over the next few years under the Department’s stewardship and may be rolled out to other rivers too.”

World Wetlands Day (2 February 2016) commemorates the date on which the Ramsar Convention on Wetlands was adopted in the Iranian city of Ramsar in 1971 with the main aim of promoting conservation and wise use of wetlands through local and national actions complemented by international cooperation. The international theme for World Wetlands Day 2016 is Wetlands for our future: sustainable livelihoods.

For more information on wetlands, visit the CapeNature website and download the Landowner’s Guide to Managing Wetlands. The guide is also available in Afrikaans here.