The film, which portrays the hardships, endurance and the brave acceptance of a challenge, boasts one of the biggest casts to date in a South African film. 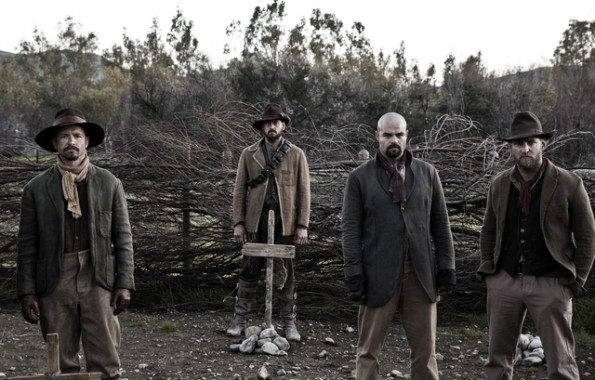 Willem Morkel (Stian Bam), a Boer warrior and family man whose wife and only child are murdered by British soldiers during the Anglo Boer War (1899 – 1902), is held captive with other Boer prisoners of war on St. Helena island in the Atlantic Ocean.

The concentration camp on St. Helena Island is controlled by Colonel Swannell (Grant Swanby), a fiery Imperialist with a terrible hatred against the Afrikaner.

With the help of the other prisoners, Willem accepts a challenge that will eventually lead to sweet revenge during the most important rugby game of their lives.

Stian Bam talks about his role and experiences on set: “Willem is a big role, iconic in nature. Modder en Bloed is also epic in scale and range. Not often do you get the opportunity to play such a role and to be part of a film like this.   The biggest highlight of Modder en Bloed was the different departments that delivered work of the highest quality. I have the utmost respect for each of them. Then I have to mention that it was a big opportunity to be able to work with the international actors.

Charlotte Salt (Katherine Sterndale)is one of the most generous and selfless actresses. Initially, I was very nervous to play opposite her, but she made me feel so comfortable that I portrayed one of my favourite scenes in the movie with her. And then Patrick Connolly (Finn Kelly). I wouldn’t have been able to create and embody Willem without Patrick. He was my safety net.”

Modder en Bloed is written and directed by Sean Else and produced by Llewelynn Greeff, Henk Pretorius and Sean Else.

The film releases on 1 April 2016 and is distributed by Ster-Kinekor Entertainment.