“It is important that you have a few leaders available to you in the group”. 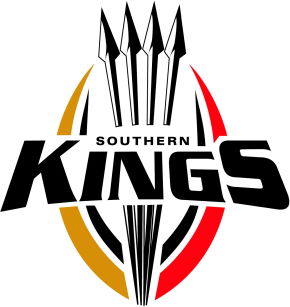 The Southern Kings have selected a strong squad to take on the SWD Eagles at Outeniqua Park in George on Friday, with lock Steven Sykes being selected to captain the side.

Southern Kings Head Coach, Deon Davids, said he had selected Sykes based on his experience and because he had shown leadership in the group.

“We gave hooker Edgar (Marutlulle) and prop Schalk (Ferreira) leadership opportunities during the session against NMMU Madibaz last week, and want to see how Sykes will manage the role,” he said.

“It is important that you have a few leaders available to you in the group,” he said.

Davids said he was looking forward to the hit out against the SWD Eagles, who had put in a stellar performance against the Stormers last week, having lead the game up until the 50th minute.

The SWD Eagles are known for their strong structures and match fitness.

Davids said his aim for the pre-season preparations was to ensure that each player received enough game-time before they face the Sharks in their Super Rugby opener at the Nelson Mandela Bay Stadium on the 27th of February.

“This week we will be focusing more on specific combinations of players, as well as improving on areas identified during last week’s hit out against the Madibaz,” he said.

“This will be an important game for us, especially from a match fitness perspective, as it will be our first full-length match,” he said.

The Southern Kings squad is: