The national junior champion in the 100m hurdles and 200m sprint caught the eye at the EP League Track & Field meeting that was hosted by the university last weekend. 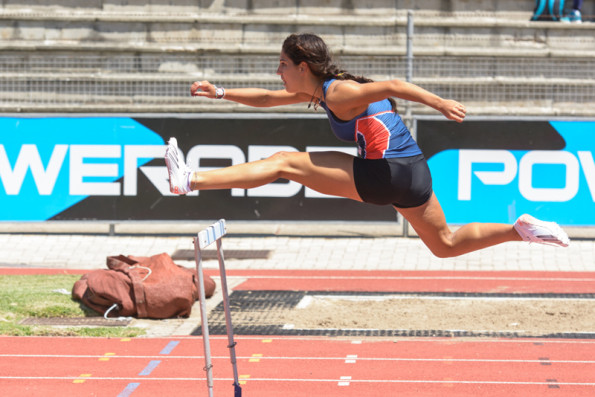 The first-year sports management student said her initial objective for the meeting was to target season’s bests, but that the conditions had not played along.

“The wind was quite blustery and from the front, so I’m extremely happy with my times.”

According to the speedster – who said she wanted to pursue a career involving something that she was passionate about – training had been quite demanding.

“We’re at it six days a week and we’re alternating between power, speed and endurance workouts while concentrating on technique.” Her programme also includes regular gym sessions.

She said she planned on peaking twice this year. “First I need to be in top shape for the USSA championships in April.

“Then, if I have qualified, I’ll take a week’s break and build towards the junior worlds in Poland in July. That’s the goal at the moment.”

Madibaz athletics manager Nellis Bothma was full of praise after the meeting.

“Her speciality is the 100m hurdles and that is all about technique. I think she’s on target to qualify for the worlds.”

While Seddon’s long-term goal is to impress the national selectors, her immediate aim is the Eastern Province Championships on February 26 and 27.

After that, she will travel to Stellenbosch for the first Varsity Athletics meeting on March 4 before jetting off to the USSA Track & Field National Championships in Polokwane.