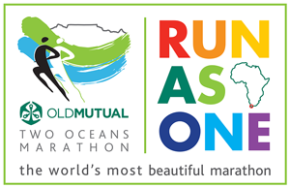 While runners are not required to submit their qualifier and running club license details when entering the Ultra Marathon, their ultimate participation is subject to submitting this information by 23 February.

“Entering the Old Mutual Two Oceans Ultra Marathon isn’t a decision that is ever taken lightly, as it takes a special kind of runner to venture beyond the marathon mark and commit to the training and discipline required to prepare for an Ultra Marathon, says Carol Vosloo, General Manager of the Two Oceans Marathon NPC.

“By submitting their 2016 running license numbers and qualifying marathon results earned between 1 July 2015 and now, Ultra Marathon entrants illustrate their preparedness for the task ahead. This requirement is in the interest of runner safety. We give everyone a fair chance to qualify and update their profiles, and runners who do not meet the deadline stand to lose their Ultra entry.”

Runners in the Ultra Marathon, Half Marathon or Trail Run who can no longer participate for whatever reason can still release their entries to athletes desperate for a place on the start line through the official substitution process before 23 February.

“Runners are reminded that they are not allowed to hand their race number over to a friend as each participant’s profile – which includes important medical and emergency information – is linked to his/her race number,” adds Ms Vosloo.

“Not following the proper substitution procedure could have life-threatening consequences as emergency personnel rely on the accuracy of the information linked to an athlete’s race number. In the event of an illegal number swop, both runners are faced with disqualification being banned from the event.”