After a scrappy start to the season the SWD senior team has gained momentum and Cricket South Africa Limited overs competition should they defeat Northern Cape (formerly Griquas) in the limited over match to be played at the Diamond Oval in Kimberley on Sunday. 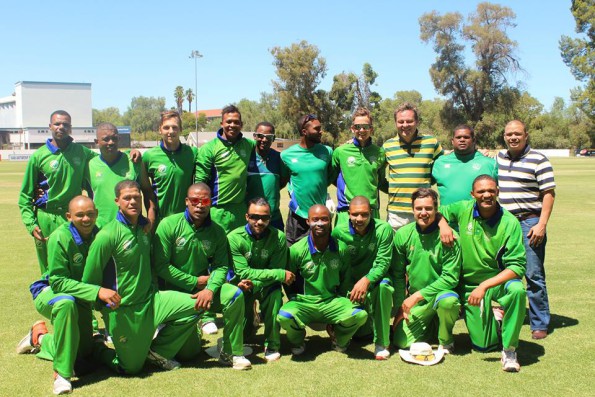 In the Limited over competition, SWD is leading pool A (17 points) followed by North West (16 points) and Western Province (15 points) – all after five matches.  All these teams – who have one match to play – are still in a run but a SWD victory – even without a bonus point – will be enough to secure the top spot.  The men from the Southern Cape can even secure a home final on 9 April should Eastern Province lost against Gauteng this weekend and SWD recorded the much wanted victory.

In the Sunfoil Cup Three Day competition SWD recorded outright victories in both their last two matches and under the captaincy of Gurshwin Rabie they will be determined to end their season on a high.  Rabie (39 wickets at an average of 20.35) is currently the leading wicket-taker in the competition whilst his wicket keeper teammate, Brendon Louw (with 33 dismissals) the wicketkeeper with the most dismissals.  Louw, fresh from a century will, however, be sidelined for the three-day match due to a back injury.

The coach, André du Plessis, and his troops will follow a basic approach for the Kimberley encounters.  “Opportunities to play in finals and win trophies don’t come every day but we will keep it straight and simple and focus on what worked for us the past season”, he said.