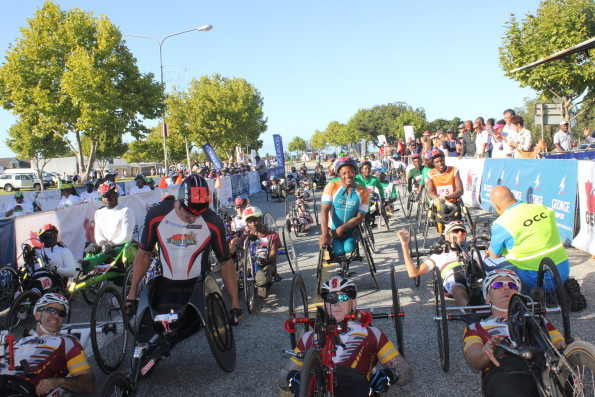 Mulalo Mathelemusa – Clinching the top spot in the 42km Male Open was claimed by Ernest van Dyk who completed the race in 1:35:11. The Men’s Open Quad category winner was Pieter du Preez, coming in at 1:49:35. The Female Senior Open title was clinched by Nandi Odendaal who completed 42km in 2:23:34. 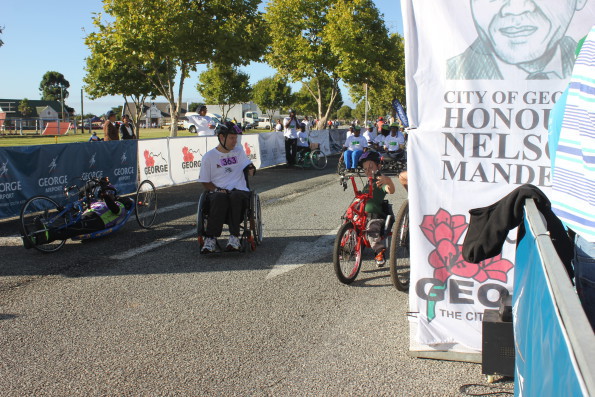 A special mention was made for 8-year-old Zach Ralph, the youngest participant in the race who completed 10km in 1:22:00.

The OCC was launched in 2002, with just 27 athletes participating in a half a marathon (21 km) race down the Outeniqua Mountain Pass into the city of George. It has now grown into a high-profile event which draws thousands of wheelchair sports enthusiasts from as far as Britain, Germany, Australia, Ghana and Zimbabwe to the shores of George. The OCC is endorsed by South African Sports Confederation and Olympic Committee (SASCOC) and Disability Sports South Africa (DISSA) and is a Paralympic qualifier race.

The challenge is not only about speed, but also endurance in different race categories which include the 42,2 km marathon, 21,1 km half marathon, 10 km race and a five-kilometer fun event.

“The involvement of George Airport in the OCC represents a successful collaboration between business and local government, whose combined efforts which ensure that people with disabilities continue to have increased access to mobility and inclusion in society.” says Brenda Vorster George Airport Manager.