Langenhoven Gymnasium will defend both their U/19 and U/15 SWD Super League titles on Saturday.  The take on Outeniqua High School in both finals. 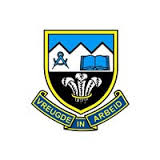 Several of the last rounds of matches that were played the past weekend was abandoned due to rain.

Langenhoven Gymnasium U19 vs Outeniqua High U19

Outeniqua High U15 vs Langenhoven Gymnasium U15

Wilderness Tourism Office is closed today, 2 December, due to Covid related measures and will reopen again tomorrow 3 December at 08h00.
George Tourism
044 801 9295 info@visitgeorge.co.za
We apologize for any inconvenience. We as a Municipality are committed to service delivery during this difficult time.

Municipal Manager requests contract terminated – Mayor Dec 2, 2020 southcapenetLatest News As Executive Mayor of George Municipality, I wish to inform ratepayers and residents that the Municipal Manager, Mr Trevor Botha, has requested the termination of his contractual arrangement with the Municip...

Oudtshoorn, 02 December 2020 – The Executive Mayor, Councillor Chris Macpherson this week announced massive developments for the Greater Oudtshoorn that are aimed at stimulating and sustaining the economy of the town and bring hope to the community.

“With every crisis, there is potentially a plethora of new opportunities. COVID 19 has brought devastation to many families, businesses and livelihoods. However, as a town we refuse to fold hands and accept defeat,” said Mayor Macpherson.

The municipality has collaborated with Old Mutual and PriceWaterHouseCoopers on a number of development projects set to boost our economic and tourism sectors. To name but a few:
• The energy sector – a new “sun” energy farm and incorporation of private energy entrepreneurs that will feed into our grid lowering our electricity bill
• The upgrading of our athletic track and sporting facilities to promote our town as the mecca for sport tourism in the Western Cape and further afield
• A breaking new ground development node for multi-purpose use
• The development of our aerodrome precinct
• A number of other developments that will also be rolled out

Macpherson said the new regional mall development which is set to attract new investment will kick-start soon, while other developments are being considered like the Bridgton niche mall, an office with hotel precinct and a private specialised hospital focussing on our elderly.

“The capital injection for our town will be in the vicinity of R520 million with a monthly services income of more than half a million rand. The job creation opportunities for the short and medium term will help alleviate our growing poverty challenge,” Macpherson added.

“Our Central Business District (CBD) has to be revitalised and with a proposed own tax regime the necessary stimulus can be created to achieve this. We have to start now getting our restaurateurs and tourism businesses participating in street café events and even open market days. The public in our neighbouring towns and further afield want new exciting destinations which we will gladly provide.”

“Even though we are bombarded by media reports of state capture and rampant corruption which will negatively impact on our allocation from the government, we will have to be innovative and become economically self-reliant. Now is the time to ignite our potential, to rise and overcome the challenges facing us.”

“As the main local authority in the Klein Karoo, we are going to pull out all stops to attract investments and create an environment that will allow us to exploit and display our rich talents and resources.”

“The envisaged economic development will include all stakeholders and investment champions from both local government and the private sector. They will be tasked to drive this process. All sectors will be participating and our first launch will be early next year with our own local Jamboree and Indaba.”

“All departments, local provincial and national will highlight their services and what they have to offer,” he said. “This will be augmented by local businesses to showcase our vast variety of products with the tourism Indaba further complementing the event.”

In his conclusion, Mayor Macpherson encouraged the community and businesses of the Greater Oudtshoorn to remain hopeful and believe in themselves during these difficult times. “The only prerequisite for success is that we have to believe in ourselves, in one another and in our town. We have to take ownership of our future and declare, ‘I am Oudtshoorn’.”

“The love we share will strengthen our faith to realise there is hope for us. Nkosi Sikilel’ i-Oudtshoorn.