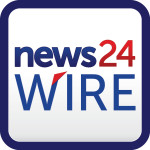 It’s west versus east in the battle for the country’s best places to live, and the west is winning.

The Government Performance Index, compiled by research and advocacy group Good Governance Africa (GGA), has found that nine out of the top 10 municipalities in the country are in the Western Cape, and nine out of the 10 worst are in the Eastern Cape and KwaZulu-Natal.

The index has ranked all of the country’s 234 local and metropolitan municipalities according to 15 different criteria across three spheres of performance: administration, economic development and service delivery.

Service delivery was most heavily weighted, with eight indicators including access to piped water, electricity, sanitation, regular refuse removal, formal housing, health facilities, police coverage and access to quality education measured by how many residents had completed their matric.

Municipal capacity, financial soundness and compliance were included in the ranking, as were economic development indicators such as poverty, income, work opportunities and the area’s unemployment rate.

The study found municipalities in the Western Cape were the country’s best run and their residents enjoyed better services and economic opportunities than elsewhere in South Africa.

Almost all residents, or 98.8%, living in the top 20 municipalities, 15 of which are in the Western Cape, have access to piped water.

Most of the residents in those areas enjoy electricity supply to their homes (91.8%), refuse removal (79.8%) and proper sanitation.

In contrast, in the bottom 20 municipalities an average of only 56.9% of residents have access to piped water, 55% have electricity, and 5.5% of households have their refuse removed.

In the country’s top-ranked municipality – Swellendam, Western Cape – 98.5% of residents have access to piped water, while only 15.1% have it in lowest-ranked Mbizana, Eastern Cape.

“In economic development, the DA did well in terms of the poverty and unemployment indicators,” he said.

The DA governs 17 municipalities, 15 of which are in the Western Cape. After Swellendam, Hessequa and Bergrivier occupy second and third place.

The ANC-led municipalities, the GGA found, performed well in administration but underperformed on service delivery and economic development indicators.

There are eight ANC-run municipalities in the top 20, four of which – Cape Agulhas, Beaufort West, Prince Albert and Matzikama – are situated in the Western Cape.

In the Northern Cape, the ANC has two municipalities in the top category: Emthanjeni and Richtersveld.

In the Free State, the ANC-led Metsimaholo and Dihlabeng also fall in the top 20 group.

Of the bottom 20 municipalities, 12 are in the Eastern Cape and six in KwaZulu-Natal.

“One such exception relates to education, where the results show a strong performance in Mpumalanga. This is demonstrated by two of its municipalities, Mbombela and Steve Tshwete, featuring in the top 10 national municipalities for that indicator.”

The GGA report, however, says the lowest-ranked municipalities were located in the former Bantustans formed by the apartheid government.

These governments were riddled with corruption and intentionally did not bring development to these areas.

“Taken as a whole,” Tschudin said, “our GGA rankings communicate the urgency with which resources need to be invested in service delivery in the lower-ranked municipalities, as our nationally representative governance survey report confirms.

“Perhaps equally important is to ensure that social and economic development are fast-tracked, particularly in impoverished and underdeveloped areas.”