The South African Disability Alliance (SADA) had no choice but to walk out from the Disability Caucus on the eve of the Disability Summit where President Zuma is to be the keynote speaker and where he will meet members of the Presidential Working Group on Disabilities. 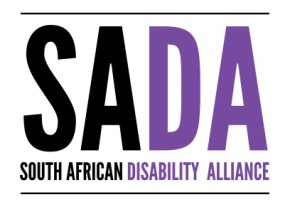 SADA was forced to withdraw from the Disability Caucus held at the St George’s Hotel and Conference Centre on 9 March 2016 in view of Disabled People South Africa (DPSA) refusal to discuss a letter addressed to SADA. The Disability Caucus meeting on 29 September 2015 resolved that DPSA and SADA needed to meet to address differences that affected the relationship between the organisations. The meeting was also called in view of the pressure Government was placing on a single unified voice for persons with disabilities.

SADA attempted over many years and more intensively during the past six months to meet with Disabled People South Africa (DPSA) to work closely in the interest of persons with disabilities. SADA’s attempts have been rejected by DPSA. However, SADA strongly supports the principles of democracy and the freedom of association and will continue with its advocacy work in representing, promoting and protecting the human rights of persons with disabilities in South Africa.

SADA is one of Casual Day’s national beneficiaries. Casual Day is South Africa’s foremost fundraiser for persons with disabilities.

SADA is regularly portrayed by DPSA as an organisation not representative of persons with disability, yet SADA members and their respective affiliates throughout South Africa provide programmes, projects and activities in terms of advocacy, empowerment, development and rehabilitation services for the inclusion of tens of thousands of persons with disabilities (including members of DPSA) in civic, economic, cultural, sports, social and political life. SADA endorses the general principles of dignity; autonomy; participation, inclusion and accessibility; respect for difference; non-discrimination and equality as defined in the United Nations Convention on the Rights of Persons with Disabilities, the Constitution of the Republic of South Africa (particularly the Bill of Rights) and the recently approved Cabinet White Paper on the Rights of Persons with Disabilities and consider these as core international and national instruments for the promotion and protection of human rights for persons with disabilities.

SADA members and their affiliates are recognised by State Departments in all three spheres of Government, including the Departments of Social Development, Health, Labour, Basic Education and Higher Education, as well as the SA Human Rights Commission and Independent Electoral Commission.

SADA will not be distracted from its mandate to advocate for the human rights of persons with disabilities including the provision of services to improve quality of life for both persons with disabilities and their families. SADA therefore calls upon Government to recognise the right of SADA in respect of representation, dignity, autonomy, participation, inclusion and accessibility, respect for difference, non-discrimination and equality and not constantly insist on the disability sector being represented by a single organisation.

SADA members and a few national non-member organisations met and continued the agenda of the Disability Caucus in preparation for the meeting of the Presidential Working Group on Disabilities and the Disability Summit.

SADA membership comprises 16 National Disability Organisations, including Parent Organisations, as well as two National Professional Associations. SADA was established in 2007 to provide a platform to promote collaboration between role-players in the disability sector and between the disability sector and other societal role-players, including relevant organs of state, in joint initiatives, campaigns, programmes and projects.

“The collective voice of the disability sector in collaboration”