Last weekend, over 3 million people visited the 22 000 voter registration stations around South Africa, some 700 000 registering for the first time. Millions more made use of the IEC’s sms number to check their registration details. Over a hundred thousand volunteers worked as party agents to observe the registration process and highlight abnormalities where necessary. 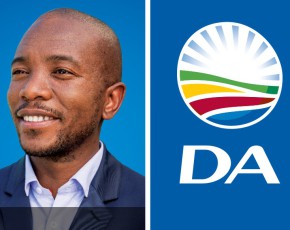 All of them did so because South Africans know that this is what a democracy requires, and that our respect for democracy sustains our social contract. They know how much is at stake.

As one analyst put it this week: “Whether we choose to use it or not, voting is, arguably, the most important right because it establishes us as citizens entitled to get those in power to work for us, rather than resigning ourselves to working for them.”

This cloud of uncertainty emerged two weeks ago, when the IEC postponed the Tlokwe and other by-elections across four provinces just a day before they were scheduled to take place. It did this because it had not been able to comply with an electoral court ruling compelling it to record voters’ addresses on the voters roll.

The IEC has been trying to hold these same Tlokwe by-elections since late 2013. In November 2015 they were ruled to be invalid because some 4000 voters had no addresses on the roll, the likely explanation for which being that they did not actually reside in the contested ward. This has been an under-reported aspect of this long, sorry case. The problem started because there was real evidence that the ANC in Tlokwe was bussing voters in from neighbouring towns to re-register and vote in Tlokwe. The Court found there was enough of a suggestion that the ANC may have tried to fraudulently win these elections, that they scrapped the results.

This latest ruling naturally begs the question: Does this requirement for an address for each voter now extend to the entire voters roll? The court’s decision on this is critical, because there is absolutely no way that the IEC can comply with this and still hold the local government elections before the mid-August deadline.

Fortunately, it seems most likely that the court will take a pragmatic approach on this and declare only that all future registrations must record an address, and that the IEC must take steps over the coming years to do so for every voter on the roll.

Delaying the municipal elections to beyond the deadline would require Parliament to pass enabling legislation unlikely to be deemed constitutionally valid. The DA would most certainly challenge the delay, on the grounds that current local governments only have a legitimate mandate to govern until mid-August 2016.

Of course, the DA recognises the importance of ensuring that only the votes of voters residing in the respective ward are valid. And we are also concerned about the ANC’s increasingly brazen attempts to illegitimately and illegally influence election results.

These concerns underscore the great importance of the role of party agents, who observe the registration and voting process at voting stations. It is up to them to flag any irregularities in the system. In this election, we will be recruiting more than 25 000 party agents across the country, and training them in what to look out for. If you want to volunteer, please sign up on our website.

If you have not yet registered, please do so at your local IEC office. Alternatively, you can register at your local voting station on the weekend of 9-10 April, which is the second and final registration weekend for these elections.

Remember that every single vote is added up for the total municipality or metro result, on which half the council seats are allocated. So even if you live in a very strong DA or ANC ward, you should still go and vote DA because every vote counts to the total result.

Our vote is our most powerful line of defence against an ANC government that is putting itself first and its people last. Please register and vote for the change South Africa needs to get us back onto a path of economic growth and shared prosperity. Much is at stake.