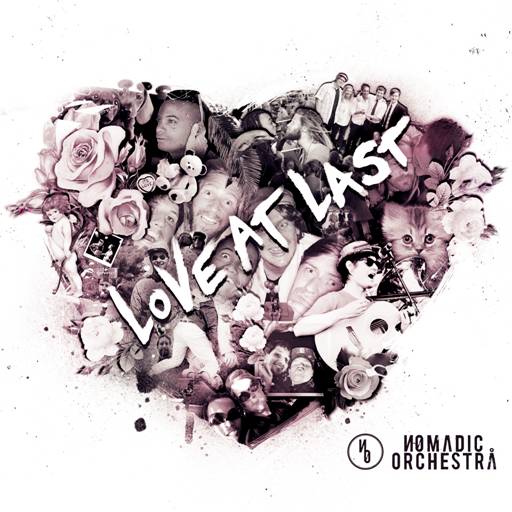 Nomadic Orchestra is proud to present their latest record, a 12-track album written over a period of 18 months between Cape Town and Berlin. Recorded at Sunset Studios and Sound & Logic with renowned producers Jurgen von Wechmar and Simon ‘Fuzzy’ Ratcliffe, the new album “Love at Last” is a powerful collection and reimagining of what it means to create dance music; with a saxophone, tuba, trumpet, guitar and drums, Nomadic Orchestra strive for a sound that moves, a non-descript familiarity with broad-base appeal in the diverse amalgamation of influence.

“I’m inspired by music that makes me feel. The album is more produced – it is fuller and harder and louder and clearer and fatter and tighter. We’ve spent a lot of time filling the tracks full of extra instruments and textures.” – Joe Bolton

Right at the core, the essence of Nomadic Orchestra is dance music. They are a group of musicians that have come together on an exploration of this core element, inspired by various cultures of dancing from around the world. Sourcing inspiration far and wide, from underground club scenes to timeless traditionals, in an effort to create and perform a universal style of music that appeals to a basic desire in all people: to dance in any way that the music moves them. Comprised of Gabriel du Toit on saxophone and raps, Joe Bolton on tuba, Jono Prest  on trumpet, Greg Abrahams on guitar and Marlon Witbooi on drums, the combined influences vary from jive to jazz, hip-hop to house, experimental to electronic – Nomadic Orchestra is a wall of sound influenced by a world of sound.