PRETORIA (6 April 2016) – The third season of the popular Brutal Fruit Netball Premier League begins in Pretoria this Friday and it could be the most competitive of them all. 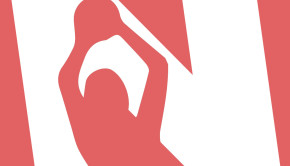 Michael Vlismas – The movement of top players between the teams, the addition of Johannesburg and Durban as host cities, and a new format that puts all 10 teams in one division are the big changes to the 2016 league.

The opening match features last year’s finalists, the Free State Crinums against the Gauteng Jaguars, at the Heartfelt Arena in Pretoria on Friday night.

The Crinums have lost Adele Niemand to the Stings and Ane Botha to the Jaguars, while Karla Mostert is currently overseas playing for Team Bath in the English league.

“It’s going to be a new challenge for us. We’ve been the champions for the past two years but this year we don’t have the same team. It’s a change we’ll have to get used to, but it’s positive for us as well,” says Christians.

“We have so many new players stepping up. We’re not as experienced as in the past but we’re excited about our new talent and these girls are hungry to show what they’re made of.”

“I think they’re all going to bring something different to our game.”

The Jaguars, last year’s losing finalists against the Crinums, and the Kingdom Stars have also bolstered their squads with some new faces.

“I think the player movement overall is good for the league,” says Christians. “The last two years you could easily see who the strong teams were, but this year the players have moved around so much that it’s going to make the competition very interesting.”

Christians says the prospect of beginning their campaign with a tough opener against the Jaguars is exactly the way they prefer to start the league.

“We feel the tougher we start the better our chances. We prefer to start with a tough match right off because it gets our focus going right from the beginning.”

From 8-24 April all fixtures will be played at the Heartfelt Arena in Pretoria. From 29 April to 15 May the league will move to the Ellis Park Indoor Arena in Johannesburg, and from 20 May the league shifts to the Olive Convention Centre in Durban, where the final will also be played on 29 May.