MBABANE, Swaziland, 12 April 2016 – Four of the country’s top ranked amateurs and four of its most promising rising stars will represent South Africa in the Africa Zone VI Golf Tournament in Swaziland, which tees off at Royal Swazi Spa Country Club from 13-15 April 2016.

Lali Stander – Teams of eight players have traditionally contested the Africa Zone VI Golf Tournament since its inception in 1993, but changes to the format were voted in last year.

“It was decided that the participating countries could field either one or two teams of four players each in the 2016 edition,” explained South African Golf Association Acting Second-Vice President Martin Saaiman.

“This was done with the intention to give both the top ranked players and the up-and-coming players from each country the opportunity to experience top level international competition.

“The new format levels the playing field. The four top ranked players are expected to contest the title, however, all the participants will benefit from the competition and this is a fantastic opportunity for the fledglings to get a taste of the big stage.”

Saaiman is managing the National Team, which is spearheaded by South Africa’s number one ranked Marco Steyn from Central Gauteng, fellow new caps James du Preez from Gauteng North and Dylan Naidoo from Central Gauteng and Ekurhuleni’s Tristen Strydom, who returns for duty after his debut in Uganda last year. 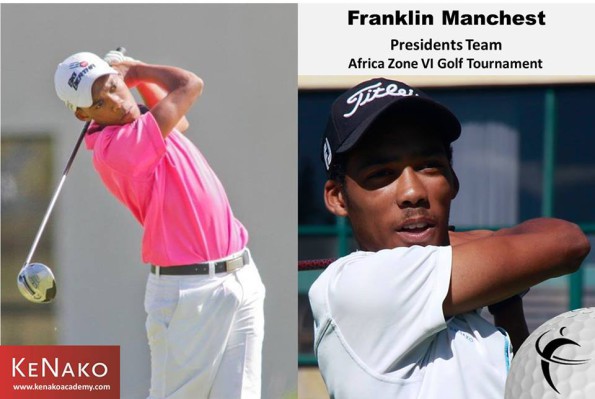 The format for the 2016 championship is a stroke play qualifier for seeding on Wednesday, 13 April and two days of match play knock-out.

“The top eight and bottom eight will be split into two divisions, however, each country are permitted just one team per division. Thursday will see a country versus country match play knock-out quarter-finals and semi-finals and the knock-out finals and placings will follow Friday.”

Saaiman said South Africa’s young stars are champing at the bit to restore the country’s winning form in this prestigious tournament.

“South Africa has dominated the Africa Zone VI Golf Tournament in the past 21 years since the country was readmitted to international golf in 1995,” Saaiman said.

“The only losses we suffered were in 2010, when Kenya won in Botswana and last year, when Uganda beat us by one point to celebrate a home victory. We also won this championship outright every year, with the exception of 1998 when the team tied with Zimbabwe in Swaziland, but won on a count out of holes up.

“The new format throws the championship wide open, though. Not only will you have the cream of the crop from each country contesting in the top division, but the knock-out format means there are no second chances. Every player will have to be at his best in every round.

“It certainly adds to the excitement and will raise the competitive nature of this championship.”

“We’re very excited about the potential of our Presidents Team, because they have all shown some fantastic form so far this season,” De Doncker said.

“One would expect the National Teams to dominate the top eight, however, it wouldn’t surprise me if some of the second teams upstage the top teams to qualify for the top tier. This prestigious championship could provide just the push the younger generation needs to step up and be counted.”