Motsepe Foundation and the Department of Basic Education launch R117,5 million partnership for the development of schools football, choral and traditional music and netball. 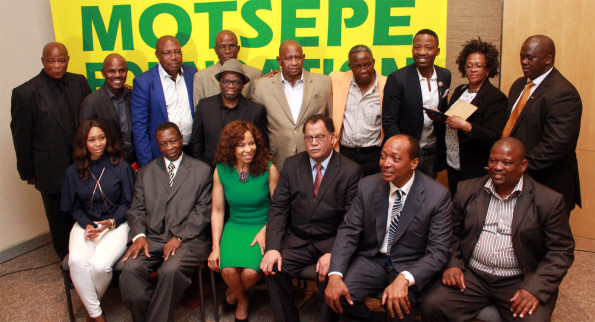 On 24 November 2015, the Motsepe Foundation announced a sponsorship amounting to R117,5 million over 10 years for the development of schools football, choral and traditional music and netball in partnership with the Department of Basic Education.

During the first five years of the sponsorship, an amount of R55 million will be allocated to:

For the following five years, from 2021 to 2025, the Motsepe Foundation will contribute another R62,5 million.

All the 25 000 public and private schools in South Africa, from the rural and urban areas have been invited to participate in all three competitions.

The Kay Motsepe Schools Football Cup has been in operation for the last 10 years and is regarded as having the largest prize money in the world for schools football; with the winning school receiving R1 million from a total annual prize money of R3.4 million.  The school that comes second receives prize money of R600 000 and the school the finishes in third place gets prize money of R400 000.

The schools that win the competition in each of the nine provinces of South Africa receive prize money of R100 000 each.

SAFA has supported and partnered with the Motsepe Foundation and the Department of Basic Education over the years in schools football.

Referring to the partnership, SAFA President Dr Danny Jordaan said: “This partnership is a great platform and vehicle that will assist our Vision 2022 goals. We have insisted that we need to increase the number of participants that play the game of football and the biggest potential of growth lies within schools. We want more kids to be exposed to football at an early age and we also believe it is within schools that the future Bafana Bafana stars will be identified. We have also introduced the online registration platform called Inqaku for all the school’s football registration. This will assist us in having a database for all the players and curb the age cheating syndrome. The online registration for school is available on www.safa.net on the homepage.

Minister of Basic Education, Mrs Angie Motshekga said: “Sporting and cultural activates in education help advance social cohesion and arte an integral part of a holistic education system. As the Department of Basic Education we are extremely grateful to the Motsepe Foundation for this generous contribution which we believe will go a long way in advancing the development of our learners and promote our diverse cultural understanding”

The co-founder and CEO of the Motsepe Foundation, Dr Precious Moloi-Motsepe said, “Sports and music make an important contribution to the growth and development of our youth and helps them become good role models.  My father-in-law, Mr ABC Motsepe loved school football as well as choral and traditional music.  Before he started his businesses, the school for which he was a headmaster participated in schools football and choral and traditional music competitions.  I am also excited that we will be sponsoring netball which is very popular among our girls in the rural and urban areas.”