THE Board of Directors of Cricket South Africa (CSA), at its last Board meeting, had agreed a recommendation from Chief Executive, Haroon Lorgat, authorising management to undertake a comprehensive review of domestic cricket under its auspices. 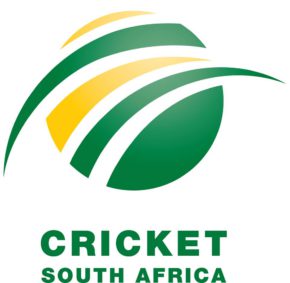 This review is now well underway after working sessions were held, firstly on Tuesday 12 April with a wide group of stakeholders and then with all the Affiliate and Franchise CEOs at their bi-annual CEC meeting which concluded yesterday.

CSA have employed the services of leading advisory firm EY to guide and facilitate the process. The EY team is led by Michael Lalor, Director of Strategy. Michael has 18 years of consulting experience both locally and abroad, and is a skilled strategic facilitator.

The core team Lalor will be working with include:

Interviews and workshops will be held across the spectrum of cricket stakeholders including players, coaches, commentators and other members of the Media.

As with the international cricket review there will be no time frame placed on the process. However, this review is expected to be completed before the start of the new season with any changes recommended, if applicable, implemented from next season.

“With our men’s team consistently ranked among the best in the world across all three formats and our women’s team steadily improving, our development pipeline and the cricket system as a whole has been, to date, reasonably successful,” commented Mr. Lorgat. “However, given changing global dynamics and our unique socio-political context in SA, we need to be proactive and ensure that our domestic system remains relevant and productive on a sustainable basis into the foreseeable future.

“Two critical factors are the need to give all South Africans access to our great game and at the same time pursue standards of excellence. Our goal is to get the perfect balance between player access and performance excellence.

“The objective of this review is, therefore, to ensure that the system continues to transform and sustainably produce winning players and teams that can compete with the best in the world,” Mr Lorgat concluded.

The following affiliate and associate CEO’s attended the CEC Meeting this week and formed part of the working session that took place: