Thanks to his victory at Hilton Head, Branden Grace moved to No. 11 in the Official World Golf Rankings, one spot ahead of fellow countryman Louis Oosthuizen. 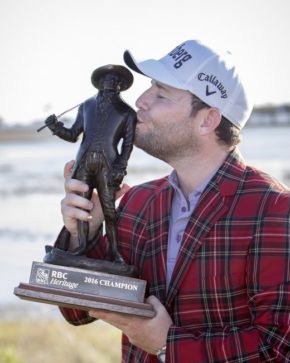 With 12 weeks to go to qualify for the Olympics, the two Garden Route golfers are in good shape to represent their country, but at No. 20, Charl Schwartzel could bump one of them out with some good results between now and July 11.

A country is allowed up to four players if they are all ranked in the top 15. Patrick Reed (13) and Brandt Snedeker (16) are on the outside looking in.

Gavin Kyle Green jumped from No. 521 to No. 366 after winning the Manila Southwoods Championship on the Asian Development Tour. He moves into the last spot at No. 60 in the Olympic standings and is the only player from Malaysia.